From nationalism to lynchings, the TMC MP did a point-by-point critique of the ruling government using facts and poetry, all the while urging parliamentarians to uphold the Constitution.

Investment banker-turned-politician Mahua Moitra won a lot of hearts after her rousing maiden speech in the Parliament, as she rose to oppose the Motion of Thanks on Tuesday.

The Krishnanagar MP slammed the BJP-led Centre over its hype of national security, its anti-immigration laws like the National Register of Citizens and the Citizenship Bill in Assam and Bengal, the rise of hyper-nationalism, religious sloganeering, control of media companies, and disdain for human rights.

Moitra even linked the rise in hate crimes to a start-up's growing valuation over the years, and used an example from folklore to explain the growing sense of fear in the people of the country.

The TMC MP, while listing reasons why the ruling government was slipping into a fascist rule, did not just stop with facts and figures but quoted lines from Maulana Azad, and poets Ramdhari Singh Dinkar and Rahat Indori ("सभी का ख़ून है शामिल यहाँ की मिट्टी में, किसी के बाप का हिन्दोस्तान थोड़ी है" loosely translated to "Everybody's blood is part of this soil, Hindustan is not anybody's father's (land) ).

She also referred to a poster which she claims was available in the Holocaust Memorial in the US, that featured seven “early warning signs of fascism“, all of which she went on to elaborate in the contemporary Indian context.

In her opening lines, Moitra stated that she was “humbly accepting the resounding mandate that this government has got' (referring to the BJP-led National Democratic Alliance), going on to immediately warn "...But it is the nature of the very overwhelmingness of this mandate, of the totality of this mandate that makes it necessary for us to be heard today, for the voice of dissent to be heard today." She said that dissent was even more important today because there are no “natural checks and balances in the Lok Sabha” owing to the ruling party's huge, unprecedented mandate and the diminished numbers of the Opposition. Moitra said that as the "House belonged to the Opposition, so I stand today to reclaim this inch that has been guaranteed to us."

Moitra said in Parliament: "You may say that ache din are here and that the sun will never set on the Indian Empire that it [the ruling government] is seeking to build. But then, you are missing the signs. Only if you open your eyes, you will see there are signs everywhere that this country is being torn apart."

During Moitra's speech, Congress' Mavelikkara MP Suresh Kodikunnil, who was in the Speaker's Chair, had a bemused, almost benign smile throughout. When he tried telling Moitra "You already took three minutes", she stood her ground saying, "This is my maiden speech. Two more minutes."

Every time there were jeers and interruptions from the members of the House, Moitra requested the Speaker 'to put the House in order, this is not the place for professional heckling', and went on to finish her speech.

Here is her point-by-point critique:

"The country is being torn apart. There is a powerful and continuing nationalism that is searing into our national fabric. it is superficial, it is xenophobic and it is narrow. It's a lust to divide and not the desire to unite," said Moitra in her powerful speech. She also brought up religious sloganeering and the politicising of symbols and emblems. "There is no one symbol or there is no one slogan that can show any Indian that he is a patriot," she pointed out.

2. On human rights violations and lynchings

From Pehlu Khan in Rajasthan in 2017 to Tabrez Ansari in Jharkhand last week, the list of lynchings were just 'not stopping', the TMC MP said. Moitra remarked that the Centre's “resounding disdain” for human rights has permeated every level of government. Comparing the 'ten-fold increase in the number of hate crime from 2014 to 2019' to the valuation of an e-commerce startup, Moitra said, "There are forces in this country who are sitting there, just pushing these numbers up.”

3. On the control of media companies

Mahua Moitra said that five of the largest news media organisations in India today are either "indirectly controlled or indirectly indebted to one man in this country". She claimed the Union Information and Broadcasting Ministry "employs over 120 people" just to monitor anti-government stories. Mahua Moitra claimed that TV channels used the majority of their run time to air propaganda stories of the ruling party, 'cutting out coverage of every Opposition party'. Moitra demanded data on the ruling party's ad spend and details of which media channels were being blocked out.

Mahua Moitra raked up the ever-increasing fake news menace saying that the last Lok Sabha election was "fought not on farmer distress...or unemployment... but on Whatsapp, on fake news and on manipulating minds." Calling the ruling government out of its 'lies', Moitra said that every piece of information or news or fact put out by the government was a lie. "I tell you that every time they put out one figure, one fact, that is not the truth... Every fact they put out serves to destroy the country," the MP argued. She cited an example of where Congress Leader of the Floor Adhir Ranjan Chowdhury claimed that a cooperative in Murshidabad was on the decline, arguing that he presented wrong facts and that it was reportedly making profits.

She said that fear akin to that of a “kala bhoot” (loosely translated to 'black apparition'), a cautionary tale used to scare kids, has become all-pervasive. Moitra said that “there is an obsession with national security and identification of enemies”, adding that "the achievements of the army is being usurped by one man”. She also said it was ironical how terrorist attacks have only increased in this political climate. "There is a 106% increase in the death of jawans in Kashmir,” she stated. 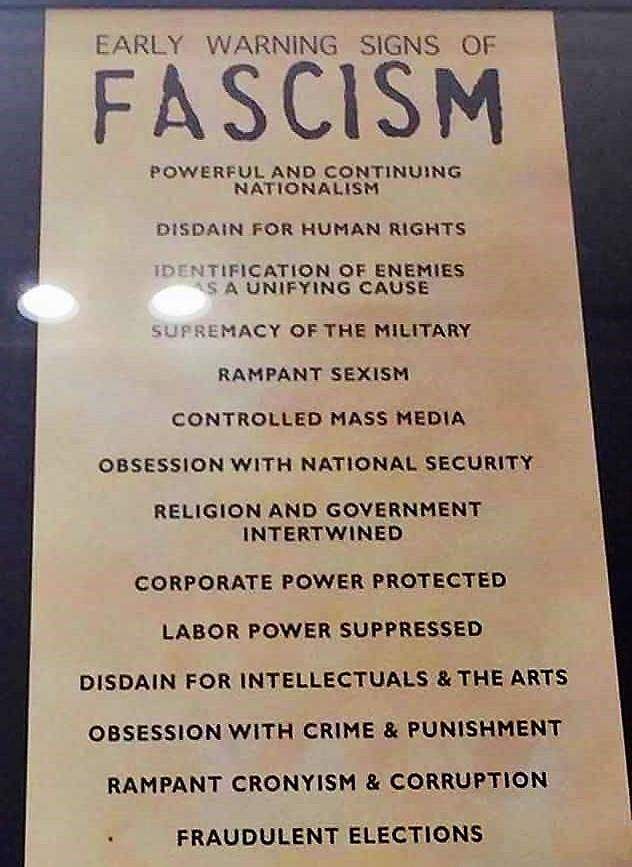 5. On the NRC and Citizenship Bill

Mahua Moitra exclaimed that today there was a redefinition of who was a citizen. Referring to the NRC and the Citizenship Bill which she said was targeting only one community, she stated: “This country is being torn apart. Citizens are being thrown out of their homes and being called ‘illegal immigrants’. People who have lived in this country for 50 years are having to show a piece of paper to show that they are Indians." Making an apparent dig at Prime Minister Modi and Smriti Irani, she asked: "In a country where ministers cannot produce degrees to prove that they graduated from college, you expect dispossessed people to show papers, to show that they belong to this country?”

The controversial Bill, which seeks to grant Indian citizenship to immigrants belonging to six persecuted non-Muslim communities from Bangladesh, Pakistan and Afghanistan, had evoked widespread protests in Assam. Meanwhile, Assam today added an additional 1 lakh names to be excluded from the National Register of Citizens (NRC).

Mahua said there was never such a time in India where religion and government had become so intertwined. “Members of the Parliament are concerned mostly with 2.77 acres of Ram Janmabhoomi than in the 812 million acres that make the rest of India,” she said in a scathing reference to the Ram Temple issue.

6. On the disregard of intellectuals and quelling of dissent

The most dangerous sign of them all was the government's "complete disdain for intellectuals and arts", Moitra said. “There is so much suppression of dissent. Funding is being cut for liberal education. Article 51 of the Constitution demands a scientific temperament. But everything we are doing is pushing India back to dark ages. Secondary school textbooks are being manipulated and distorted in order to indoctrinate. You don’t even tolerate questioning, let alone dissent.”

7. On the Centre's alleged interference in the Election Commission

Moitra in her last point said there is an “erosion of independence in electoral system”. She asked why the ECI had not taken action against the amount of money spent during the Lok Sabha elections. “Rs 60,000 crores were spent during the Indian elections - 50% or Rs 27,000 crores by one party.”

Asking the MPs present "which side of history they wanted to be on, whether they wanted to uphold the Constitution or be its pallbearers", Mahua Moitra owned the last word: "I have the right to disagree with you (the ruling party) on the idea that there was no one before you."

Who is Mahua Moitra?

Investment banker Mahua grew up in Assam and Kolkata. She studied mathematics and economics at the Mount Holyoke College in Massachusetts, US. She left her post as vice-president of JP Morgan in London in 2008 to join the Youth Congress in Bengal. She later joined Mamata Banerjee's Trinamool Congress and won her first election from the Karimpur Assembly seat in 2016. In the 2019 Lok Sabha elections, she beat BJP candidate Kalyan Chaubey in Krishnanagar constituency of West Bengal by more than 63,000 votes.

Moitra has reportedly filed three petitions against the Centre's alleged snooping on social media. They are pending in the Supreme Court.