Oil museum in Guwahati
Guwahati will soon get the country’s first oil museum. Petroleum Minister Dharmendra Pradhan announced the commencement of work on the KB Malaviva National Oil Museum in the city recently. With five galleries, a 3D theatre among the amenities, the museum will showcase the rich history and heritage of the petroleum industry in India.  Oil in the country was first discovered and extracted in Assam over a century ago. PSUs like ONGC, IOCL, HPCL, BPCL and EIL, will contribute to the building of the museum. 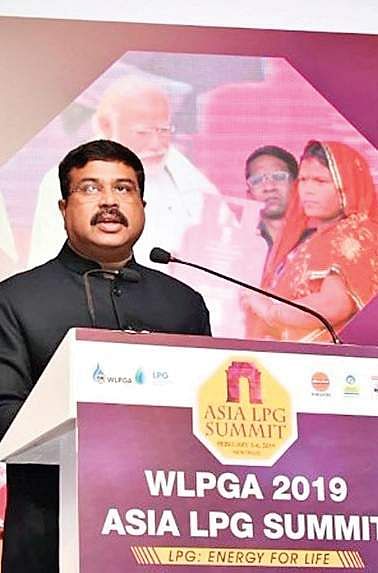 Rahul’s plethora of promises
With promises galore, Congress president Rahul Gandhi sounded the poll bugle at a rally in Guwahati last week. In his speech, he said if the Congress is voted to power, it would restore special status to Assam and the North East Industrial Policy which he said the Narendra Modi government had snatched away. He also promised the Congress government would reopen two paper mills, address the problem of frequent floods as a “national commitment”, make Assam the hub of technical education in the Northeast and ensure no genuine Indian citizen is left out of NRC. Gandhi visited several youngsters who were hospitalised after being injured in the recent violence in Itanagar.

Ro-Ro vessel sets sail
A Roll-on/Roll-off (Ro-Ro) vessel, named MV Sankardeva, was launched in Guwahati by Assam Chief Minister Sarbananda Sonowal. The Ro-Ro ship will sail between Guwahati and North Guwahati. Official sources said it has the capacity to carry 15 tonnes, including wheeled cargo such as trucks and cars.  Sonowal said his government had been working passionately to bring about all-round development. Finance Minister Himanta Biswa Sarma said the Ro-Ro service would boost waterways communication.

Teacher gets bail
Guwahati college teacher Papri Z Banerjee, who allegedly posted offensive remarks on Facebook against security forces deployed in Kashmir in the aftermath of the Pulwama  attack, has been granted anticipatory bail by the Gauhati High Court. The court directed her to cooperate with police who had registered a case against her. She allegedly went underground after the police grilled her once earlier. “You rape their women. You maim and kill their children. You slaughter their men. Your media constantly demonizes them and you expect no retaliation,” she had written.