The mandal posts are important to each party since its effective control helps in successful electoral outcomes.

KOLKATA: West Bengal BJP has decided to postpone selection of 400 mandal presidents because of the party’s alleged internal conflict between old workers and newcomers, despite unanimously filling 800 of the total 1,200 posts recently.

The decision to postpone selections for 400 mandals was taken after party’s national general secretaries Kailash Vijayvargiya, who is also in-charge of West Bengal, and Shiv Prakash emphasised that any disorderly act would not be entertained in the mandal selection process.

The mandal posts are important to each party since its effective control helps in successful electoral outcomes.

The Trinamool Congress, BJP’s main political rival, has presidents in place in all booths across the state alongwith mandal workers while the CPI-M in decline has not been able to man 50% of its booths. 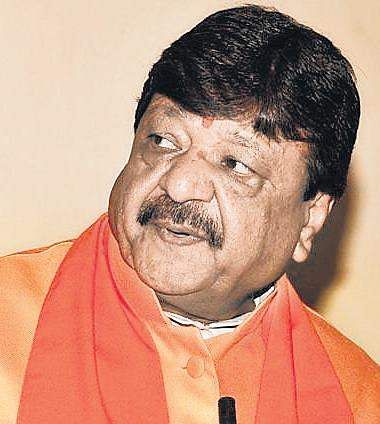 BJP’s state president Dilip Ghosh said: “We will discuss the issues with our party’s leaders and sort it out shortly.”Mandal is the second lower rung of BJP’s five-tier organisational setup but the party is also facing difficulty in filling presidents posts in more than 10,000 booth committees because they are in Muslim dominated areas.

“A booth committee is the lowest rung in the hierarchy. Presidents have been selected in 87% of 78,000 booths across the state. In the rest of the booths, we are yet to get people to represent us,” said a BJP leader.

The BJP had changed seven district presidents shortly after the 2019 Lok Sabha elections and the exercise is to be followed in 14 districts in the next phase.

Meanwhile, the BJP is all set to announce Ghosh’s name as the party’s Bengal president for a second term. Sources said party’s working president J P Nadda’s will take over as party president before December 15, after which the process of selecting the state presidents will begin. “Ghosh’s name will be announced during that process,’’ said a BJP leader in Kolkata.

The Trinamool Congress, the ruling party and presently the main political rival of the saffron camp in West Bengal has presidents in place in all the booths across the state.

Stay up to date on all the latest Nation news with The New Indian Express App. Download now
(Get the news that matters from New Indian Express on WhatsApp. Click this link and hit 'Click to Subscribe'. Follow the instructions after that.)
TAGS
Bengal BJP

Nirbhaya: Verdict today on plea challenging dismissal of complaint for FIR against witness

Priyanka Gandhi hits out at Centre over the unemployment