Alarmed with the 14.8% rise in road accidents in the last few months, the state government has created a road safety fund and appointed a special deputy superintendent rank police officer in 38 distri

Over 600 policemen feted at Sonepur fair
Over 600 policemen, including IPS officers posted as SPs in various districts, were felicitated for their extraordinary policing with cash and citations at the police department’s annual Sonepur Mela Police award ceremony. Director-General of Police Gupteshwar Pandey gave away the awards. “The Bihar Police is capable of dealing with any kind of law and order challenge,” Pandey said, adding that 1.96 lakh persons were jailed for violating prohibition rules since it was imposed in Bihar. ADG (CID) Vinay Kumar said CID organises this function every year.

Road Safety Fund created in Bihar
Alarmed with the 14.8% rise in road accidents in the last few months, the state government has created a road safety fund and appointed a special deputy superintendent rank police officer in 38 districts of Bihar. Initially, a sum of `3 lakh has been given to each district for procuring road safety and traffic control equipment. 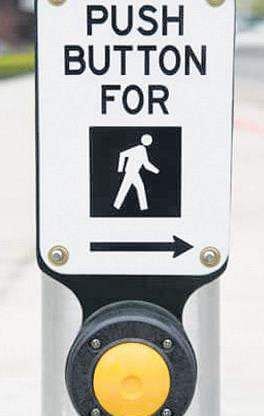 Additional Director General CID Vinay Kumar said: “To begin with, a total `1.14 crore has been distributed among all the districts from the fund so that it can be utilised in buying equipment.” According to state transport department figures, 3,997 people have died in 5,482 road accidents between January and June this year in Bihar while 3,965 were injured. In 2018, 4,996 road accidents were reported in which 3,480 people had lost their lives.

Now, push-button crosswalk in Patna
For the first time, the Bihar government’s urban development and housing department has installed a push-button crosswalk system at Bailey Road on an experimental basis for pedestrians to cross the road. Bailey Road is one of Patna’s busiest roads. Secretary of urban development and housing department Anand Kishore said the traffic light will facilitate safe passage to pedestrians and turn red for 20 seconds after every five-minute interval. The first such system was launched in Navi Mumbai. After its success, the same system will be installed on other roads in Patna.

Closure notices to 219 healthcare units
The Bihar Pollution Control Board has served closure notices to 219 healthcare units, including 72 private and two government-run hospitals, for not adhering to the norms for scientific disposal of bio-medical waste. BSPCB spokesperson Birendra Kumar said the Patna civil surgeon has been asked to ensure compliance within 15 days of issuance of notices. Among the 219, there are two government-run medical colleges and hospitals. Besides, there are 72 private nursing homes and hospitals, 73 pathological labs and 74 dental clinics which have been asked to shut down.