DEHRADUN: Uttarakhand Chief Minister Trivendra Singh Rawat joined issue with Nepal Prime Minister KP Sharma Oli on Tuesday over the Kalapani issue, saying the area is an integral part of India.
Oli had objected to India showing Kalapani — a 35 square km area — in India in the new maps released on the occasion of bifurcation of J &K into two UT’s on October 31. 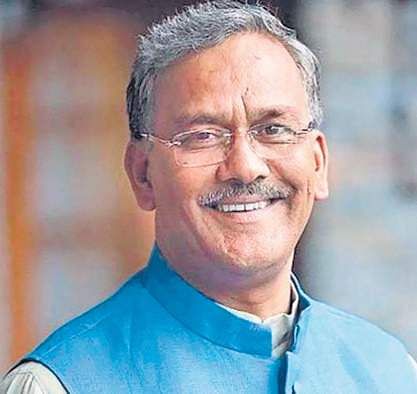 “This is an unfortunate statement by Nepal government not in keeping with its culture. Kalapani is an integral part of India and will remain so. I hope the matter will be diffused through talks,” Rawat said.
Kalapani holds strategic importance for India as it is located just 18 kms from Lipulekh pass. It is also a transit route for Kailash-Mansarovar yatra and Indo-Tibetan Border Police.

Oli had on Monday insisted Kalapani area belongs to Nepal while demanding that India remove its military presence. “Nepal would not allow even an ‘inch’ to be encroached upon,” he added, while seeking a resolution through talks. Shekhar Pathak, historian said, “The region was deemed as part of India in ‘Sugauli Agreement’ of 1816 between Gurkhas and the British but the issue has been kept alive by communist parties of Nepal.”a

The Nepalese Left has been insisting that the area be vacated by India, but this is the first ever official support from the government. Nepal also claimed that it had conducted census in Kalapani in 1961 and the Indian side had never objected to it.

Now we are on Telegram too. Follow us for updates
TAGS
Kalapani area