The apex court directed the Maharashtra government to place before it the material collected during the ongoing investigation against Navlakha.

NEW DELHI:  The Supreme Court on Friday gave social activist Gautam Navlakha interim protection from arrest till October 15 in the Bhima-Koregaon case and asked the Maharashtra Police to produce relevant documents related to his case.A bench of Justices Arun Mishra and Deepak Gupta directed the Maharashtra government to place before it material collected during the ongoing investigation against Navlakha in connection with the case and said that they would hear the detailed arguments on October 15.

Navlakha has filed the plea challenging the Bombay High Court order refusing to quash the FIR lodged against him.An FIR was lodged against Navlakha and four others — Varavara Rao, Arun Ferreira, Vernon Gonsalves and Sudha Bharadwaj — by the Pune Police in January 2018 after the Elgar Parishad held on December 31, 2017, that had allegedly triggered violence at Koregaon Bhima in Pune district the next day.
Senior advocate Abhishek Manu Singhvi, appearing for the activist, said Navlakha has not been questioned for the last 14 months ever since he was kept under protection from arrested. 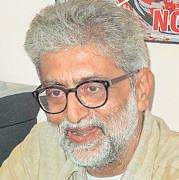 “The FIR was filed on January 2018 and Navlakha was not named. He had categorically spoken against violence. He doesn’t belong to any banned organisation. The only allegation is that he expressed sympathy,” Singhvi argued.The court said any person who supports a banned organisation can be prosecuted and asked Singhvi as to why they have not sought anticipatory bail and sought quashing of FIR.

SC issues notice to CBI on Chidambaram’s bail plea
The Supreme Court on Friday issued notice to the CBI on former finance minister P Chidambaram’s bail plea in the INX Media case. An SC bench issued notice to CBI and directed it to reply by October 14 and slated the hearing for October 15. The Congress leader, presently in jail, has moved the SC challenging the Delhi High Court’s September 30 verdict dismissing his bail plea in the case.

Ayodhya case: SC to wrap up hearing on October 17
The Supreme Court on Friday said it would wrap up the hearing in the politically sensitive Ram Janambhoomi-Babri Masjid land dispute at Ayodhya by October 17. A five-judge Constitution bench headed by Chief Justice of India Ranjan Gogoi, on the conclusion of 37th day of the hearing, fixed the schedule for the final leg of the lengthy arguments. The bench said the Muslim sides to the dispute would complete the arguments on October 14 and thereafter, two days would be granted to the Hindu parties, to sum up their rejoinders by October 16, and October 17 would be the last day for wrapping up the hearing. The bench had earlier fixed the deadline of October 18 to conclude the hearing.