The principal without reading the letter granted the boy his requested leave.

An 8th standard student from Kanpur went a little too creative while seeking leave from his school.

The boy, a private school student, in the leave application, cited his own death instead of his grandmother's. The principal, however, approved it without even reading it, Times of India reported.

The leave application sent Twitter on a tizzy, while the boy went on to attend his grandmother's funeral. 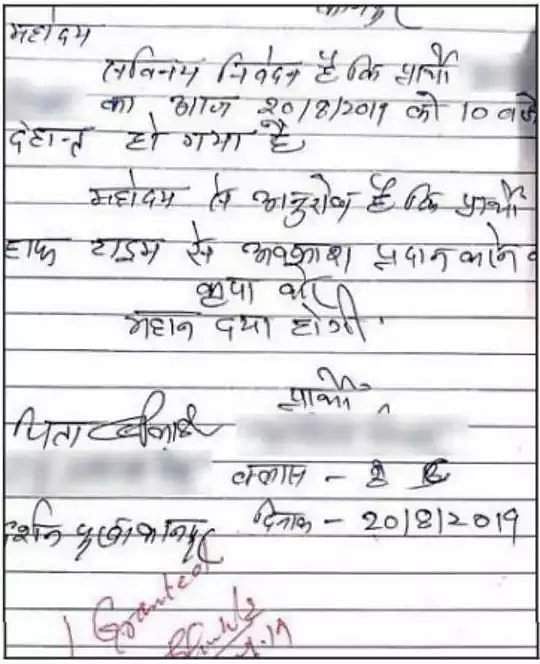 The student's leave application read- "Respected principal, I wish to say that today (August 20) at around 10 am, the applicant passed away. So I request you to kindly grant me half a day leave."

The principal without reading the letter granted the boy his requested leave.