The flagship health scheme of your government, the Pradhan Mantri Jan Aarogya Yojana, is completing its first year. How well do you think it has done in meeting its targets?

The programme has made a tremendous start. As far as the progress on its acceptance by states goes, all except four states have partnered with the Centre in implementation of this scheme including non-BJP states like Punjab and Rajasthan. More than 40.6 lakh people have received cashless treatment worth `6,000 crore across the country, which amounts to one person getting treated every five seconds. So far, over 17,000 hospitals have been empanelled, out of which half are private providers. 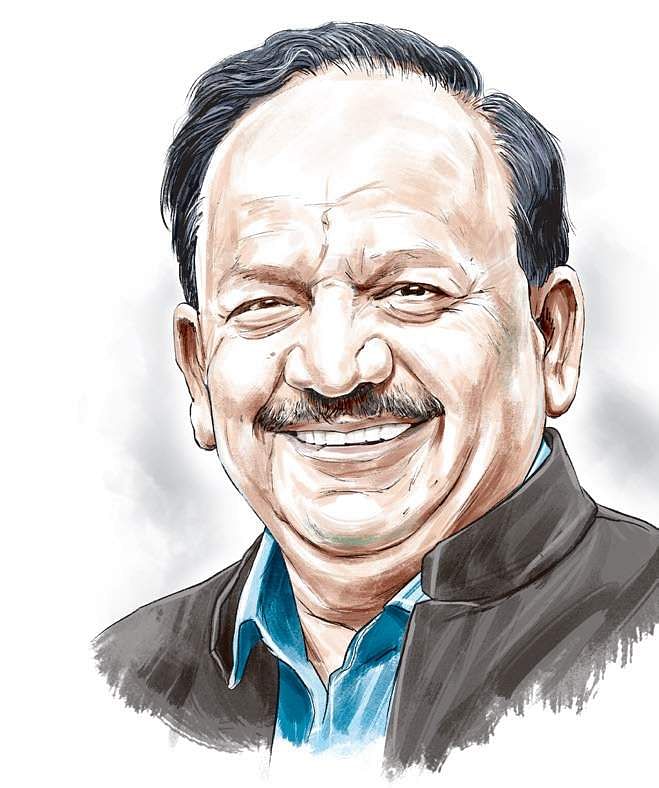 Many neutral public health experts feel that the scheme has not benefited the poor, as most empanelled hospitals are government hospitals or small hospitals with little or no capacity to deliver quality tertiary and secondary care. Your views?

I would say that figures speak for themselves. More than 40.6 lakh beneficiaries have received free treatment at PMJAY empanelled facilities, and, tertiary procedures have utilized 55% of the total amount utilised under PMJAY. Of the 17,000 empanelled hospitals, 50% are private hospitals. Specialities such as cardiology, orthopaedics and oncology have been widely availed. At the same time, procedures ranging from PTCA-single stent to total knee replacement to mitral valve replacement have been utilized across empanelled facilities. As PMJAY gradually increases the empanelment of tertiary facilities, the utilization of tertiary procedures — in terms of volumes as well as amount— will further increase. One important feature of this scheme is portability, meaning that the patient from any state covered under PMJAY can avail treatment anywhere in India, in any empanelled hospital. Around 34,000 beneficiaries have sought such treatment outside their states/UTs.

Most big and corporate hospitals are unhappy with the package rates offered under the scheme and want the government to set up a cost analysis committee. Do you think the government can provide tertiary care facilities without the involvement of private hospitals in a whole-hearted way?

The National Health Authority has constituted 24 Specialist Committees, which will review the existing packages, identify the aberrations and propose corrections in the list of packages. Based on the consultation from states and approval from the review committee, the recommendations would be submitted to the governing board for approval. This process will help us in streamlining the entire process concerning the packages and empanelling more tertiary facilities.

What are the biggest challenges in the health sector today and how is the government trying to overcome them?

The biggest challenge we are facing is the triple burden of diseases which is continuing challenges of high maternal mortality rate, infant mortality rate and infectious diseases, the growing burden of non-communicable diseases and the emerging or re-emerging infections such as TB, dengue, Nipah. These are closely followed by the high out of pocket expenditure which keeps pushing our countrymen below the poverty line. To address these challenges we are banking on two components of Ayushman Bharat—PMJAY and 1.5 lakh health and wellness centres. To ensure availability of essential drugs and diagnostics and reduce the out of pocket expenditure, the government has rolled out the free drugs initiative and free diagnostics service initiative under National Health Mission. This is being supplemented by the National List of Essential Medicine.

The National Medical Commission Act has now come into force. How do you think it will change the health landscape?

Despite the government’s call to introduce major reforms and schemes for the sector, fact remains that the Indian government’s healthcare spending is too low, with per capita health spend being lower than even neighbouring Sri Lanka. What would you say about that?

Some feel that the Centre is not doing enough to rein in private hospitals and over-billing and medical negligence is a common complaint. Your views?

As India’s Health Minister and a doctor by profession, what is your long-term vision for the healthcare sector?
PM Narendra Modi says India cannot realise its demographic dividend without its citizens being healthy. I am trying to fast-track all initiatives for attaining the ultimate goal of universal health coverage. Being a doctor by profession, my task becomes easier as I understand the healthcare sector. To be able to achieve a disease-free India and global standard health care provided under PMJAY is now the goal of my life.

Now we are on Telegram too. Follow us for updates
TAGS
Harsh Vardhan Union Health Minister

Rajasthan imposes 'strict lockdown' from May 10-24; marriage functions barred till May 31

Officials sitting at home should be assigned some duty: Delhi High Court to AAP government