The tears are temporary, our Sivan will bounce back, says ISRO chief's uncle

"Known for his hard work, honesty, straightforwardness and self-confidence, he will take this as a challenge rather than a failure," said A Shanmugavel, 80.

NAGERCOIL: ISRO Chairman Dr Kailasavadivoo Sivan breaking into tears on Saturday morning gave relatives from his hometown a moment of worry, but knowing their man, they were confident that he will bounce back and see through the remainder of the mission to everyone's satisfaction.

The 62-year-old ISRO chief hails from a farmer's family in Sarakkalvilai in Kanniyakumari district. While his early education was at the government primary school in Sarakkalvilai, he later studied at the Vallankumaravilai government school and graduated from the ST Hindu College in Nagercoil. The primary school bears his name on the entrance and all the villagers are proud of his achievements.

Speaking to Express, ST Hindu College Principal T Chidambarathanu said, "Dr Sivan did his Bachelors in this college and is senior to me by three years. He studied in a different department. We are still in touch. The man will rise like a phoenix from this situation. He is an approachable person and his hard work will reward him."

"On behalf of ST Hindu College fraternity, I salute your dedication, determination, sacrifice and contribution to the nation. We are proud of you sir. Being the son of our soil, through your great perseverance and commitment to this Chandraayan mission, you have made the whole world to look up to our nation. At this moment, we share your pain and we extend our prayers that you emerge again and make a miraculous comeback. Words cannot express the excellent research that you have carried out inspiring the younger generation. As Swami Vivekananda has said never mind the failures, they are quite natural for a great many leaders have come out successfully only after failures."

Sivan's uncle, A Shanmugavel, 80, said, "From childhood, he was good in studies and did not need much guidance to excel. During his school and college days, the family would spend on question papers for him to solve. We had stacks of papers with his solutions written all over them. 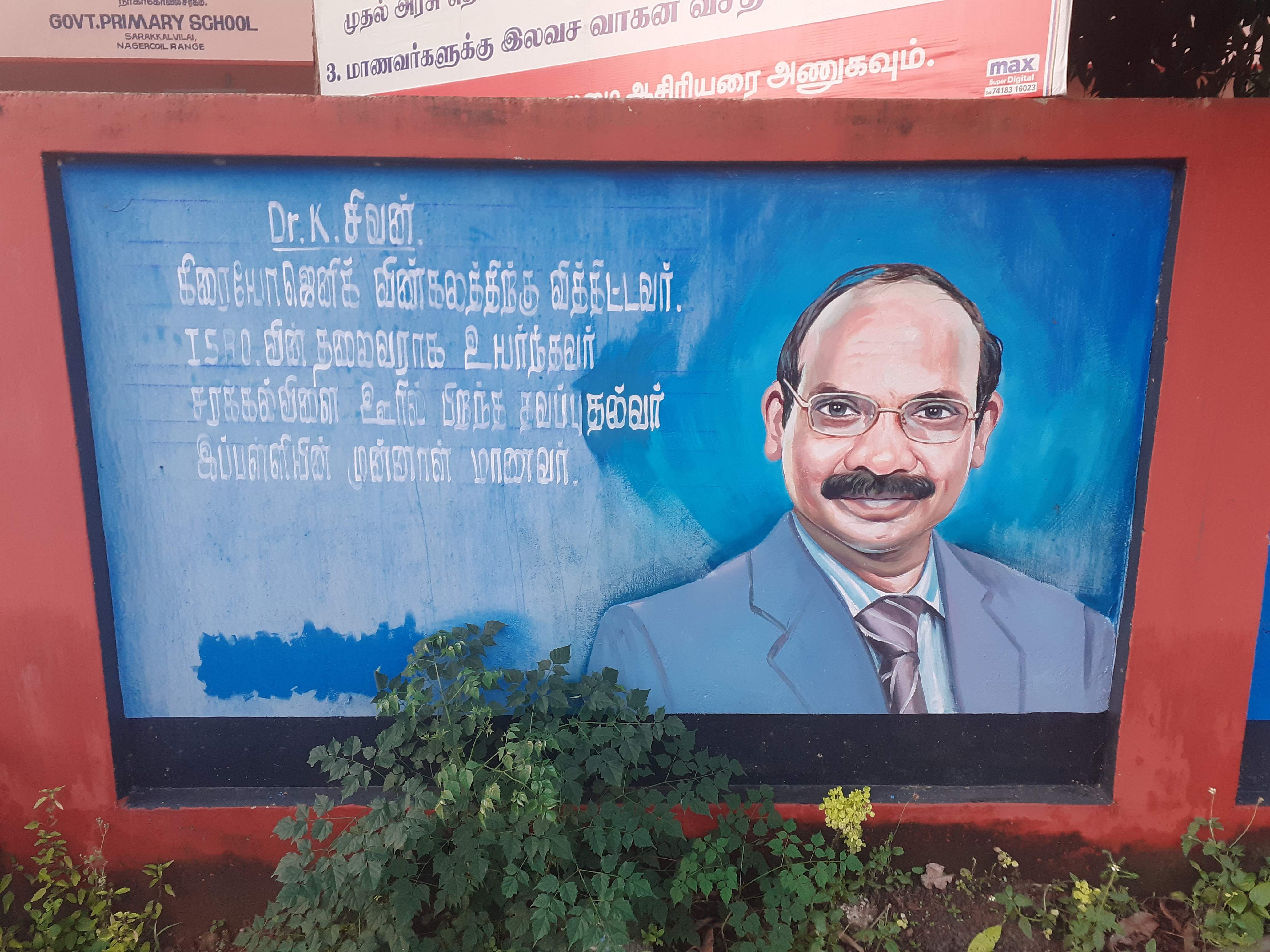 "As the entire nation including the Prime Minister was awaiting the mission's success, his tears were understandable. The Prime Minister consoled him like a parent which would have moved him. Known for his hard work, honesty, straightforwardness and self-confidence, he will take this (Vikram's failure to land on the moon) as a challenge rather than a failure. Sivan will ensure that the mission will be fulfilled as per PM Modi's expectations."

Shanmugavel's wife, Thangam, 75, underlined the role of Sivan's wife Malathi. "She helps him focus on the job by managing everything else. She is the one who remains in touch with relatives, takes care of the family and works round the clock to help him achieve his mission," said Thangam.

Now we are on Telegram too. Follow us for updates
TAGS
K Sivan ISRO Chandrayaan 2 ISRO chairman