From its humble beginnings of launching a sounding rocket in the 60s to attempting to land on the moon, ISRO has certainly come a long way and has been winning everyone’s hearts.

From its humble beginnings of launching a sounding rocket in the 60s to attempting to land on the moon, ISRO has certainly come a long way and has been winning everyone’s hearts. The Chandrayaan-2 mission is being hailed as a partial success by popular opinion given the announcement by ISRO that 90-95% of the mission’s objectives have been met.

The opposing opinion is that it cannot be called a success until the soft-landing of the lander, the primary purpose of Chandrayaan-2 mission, is not confirmed. Whatever be the perceived status of the mission, it has certainly succeeded in creating a space fervour and attracted the attention of enthusiasts from across the world. 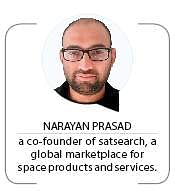 During the space race, the US made the first attempt to launch a Moon orbiter in 1958 that failed. Several attempts and one year later, the Luna 2 impactor by USSR was the first spacecraft to reach the Moon. This was followed by many orbiters, flybys and impactor missions by both the USSR and the US to build confidence and fine-tune the technology. It was only after four years that either of them started attempting to send a lander that would soft-land on the lunar surface.

With the entire nation by its side, all ISRO needs now is ample support from the Indian government to expedite its next attempt. Having already proven its worth by being one of the top space players in the world in spite of shoestring budgets, ISRO deserves more resources to truly reach its potential. Given its upcoming mission to Mars, Venus and the Sun, a bigger annual budget would not only help in accelerating its planetary exploration journey but also exponentially increase the science output of each of those missions.

Now we are on Telegram too. Follow us for updates
TAGS
Chandrayaan-2 ISRO