The Congress on Saturday said the three-language formula should not be tinkered with and controversies must not be stirred up on "emotive" issues settled by Constitution-makers.

NEW DELHI: Days after Home Minister Amit Shah pitched for Hindi as a common language for the country, Congress leader Rahul Gandhi on Monday said India's many languages are not its weakness.

Congress leader Rajiv Shukla, at a media briefing, said Hindi is India's official language which "we want to grow", but along with that regional languages should also be encouraged.

There should be no fight over language, he said.

"Hindi continues to grow, this is what we all want, but by putting pressure, by doing something, it is not appropriate to use that issue only for votes. 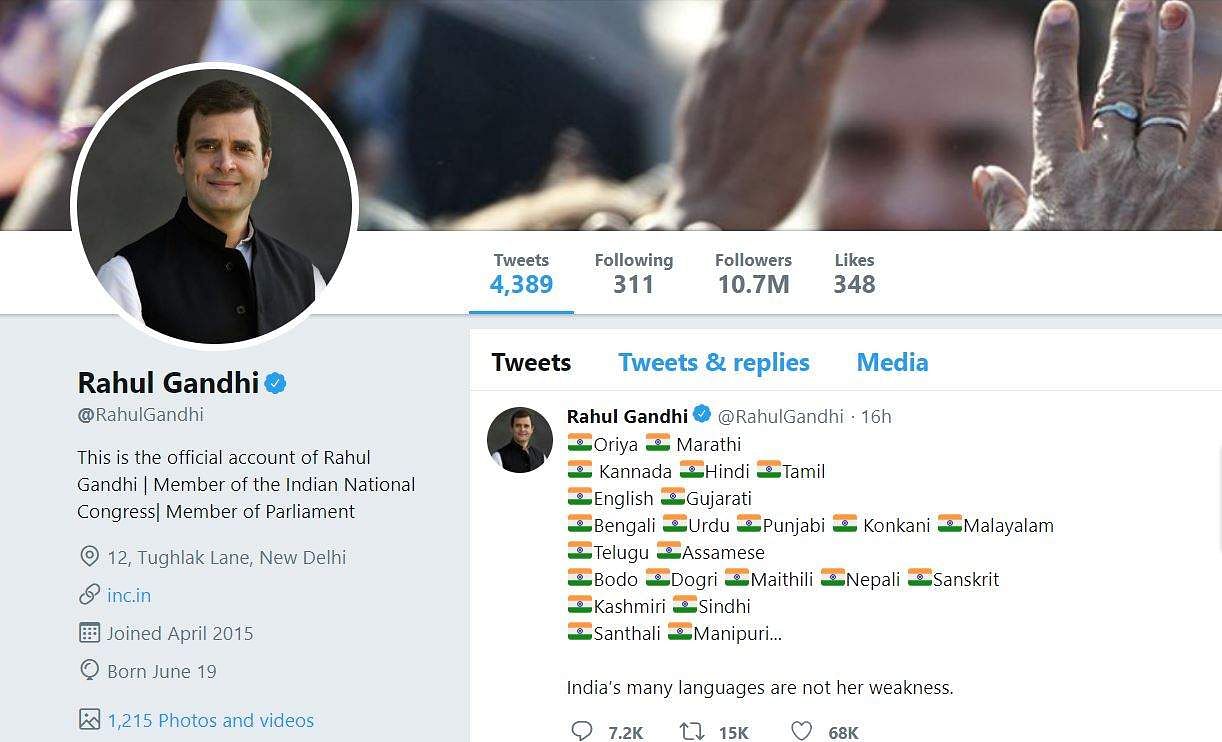 "India's many languages are not her weakness," Gandhi said in a tweet and listed 23 Indian languages.

The Congress on Saturday said the three-language formula should not be tinkered with and controversies must not be stirred up on "emotive" issues settled by Constitution-makers.

According to the Official Languages Act, 1963, Hindi and English are the official languages for the Union government and Parliament.

A total of 22 languages of the country are recognised under the Eighth Schedule of the Constitution.

Now we are on Telegram too. Follow us for updates
TAGS
Rahul Gandhi Hindi Hindi imposition Amit Shah common language