Tahilramani had resigned after the Supreme Court collegium declined her request for reconsideration of transfer to Meghalaya.

Justice Tahilramani's resignation has been accepted with effect from September 6. She tendered her resignation to President and sent a copy to Chief Justice of India Ranjan Gogoi and did not preside over the court proceedings. 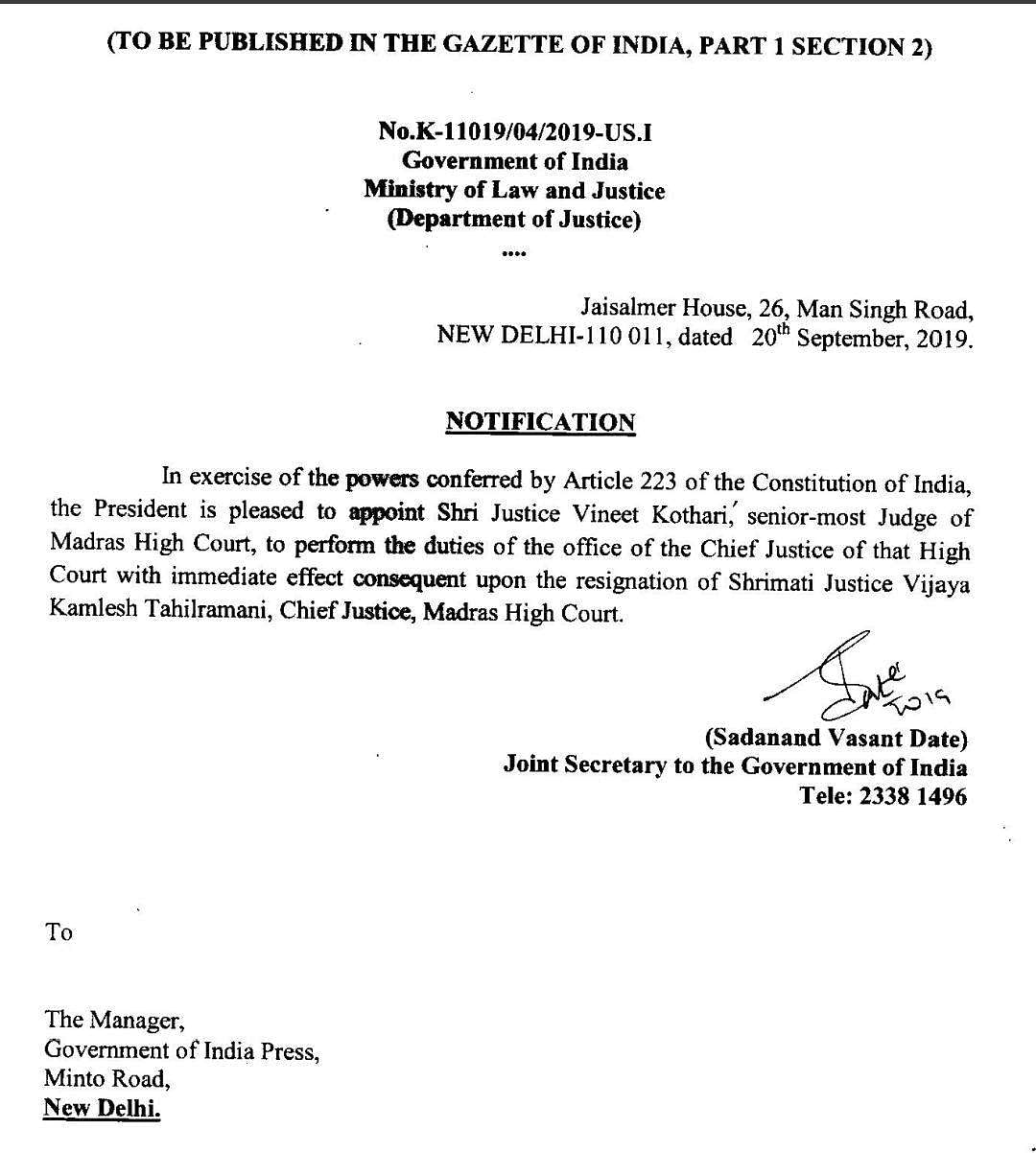 OPINION | More to Madras Chief Justice's transfer than has been said?

The collegium, headed by Chief Justice of India Ranjan Gogoi, had recommended transfer of Justice Tahilramani, who was elevated as the High Court's chief justice on August 8 last year, to the Meghalaya High Court.

The collegium had recommended her transfer on August 28, after which she had made a representation requesting it to reconsider the proposal. She protested against the Collegium decision to not consider her request against transferring her to the Meghalaya High Court.

After the Supreme Court Collegium declined her request for reconsideration of transfer, Madras High Court Chief Justice Vijaya K Tahilramani resigned. She was to retire on October 2, 2020.

Bar associations also protested against the proposal with lawyers across Tamil Nadu abstain from court for several days.

To put an end to the transfer controversy, without naming Justice Tahilramani, a statement was issued by the office of Supreme Court Secretary-General Sanjeev S Kalgaonkar which stated that the reasons of transfer of judges were not disclosed in the interest of the institution but the apex court collegium would not hesitate to disclose them in the circumstance it becomes necessary and all transfers were based on cogent reasons.