RAIPUR: In an order seen as a deterrence, the Rajnandgaon collector in Chhattisgarh has warned the members of Tabligh-e-Jamaat to face the charge of murder or attempt to murder if they try to hide or conceal their information (about recent travel) from the authorities.

The order issued by the collector Jaiprakash Maurya came on a day when the chief minister Bhupesh Baghel had categorically declared that in Chhattisgarh there is no attendee of Tabligh-e-Jamaat hiding anywhere and all the 107 members who reportedly visited the Markaz Nizamuddin in recent weeks have been identified and quarantined.

The rumour about 52 members of the Jamaat missing in the state was dismissed by Baghel. 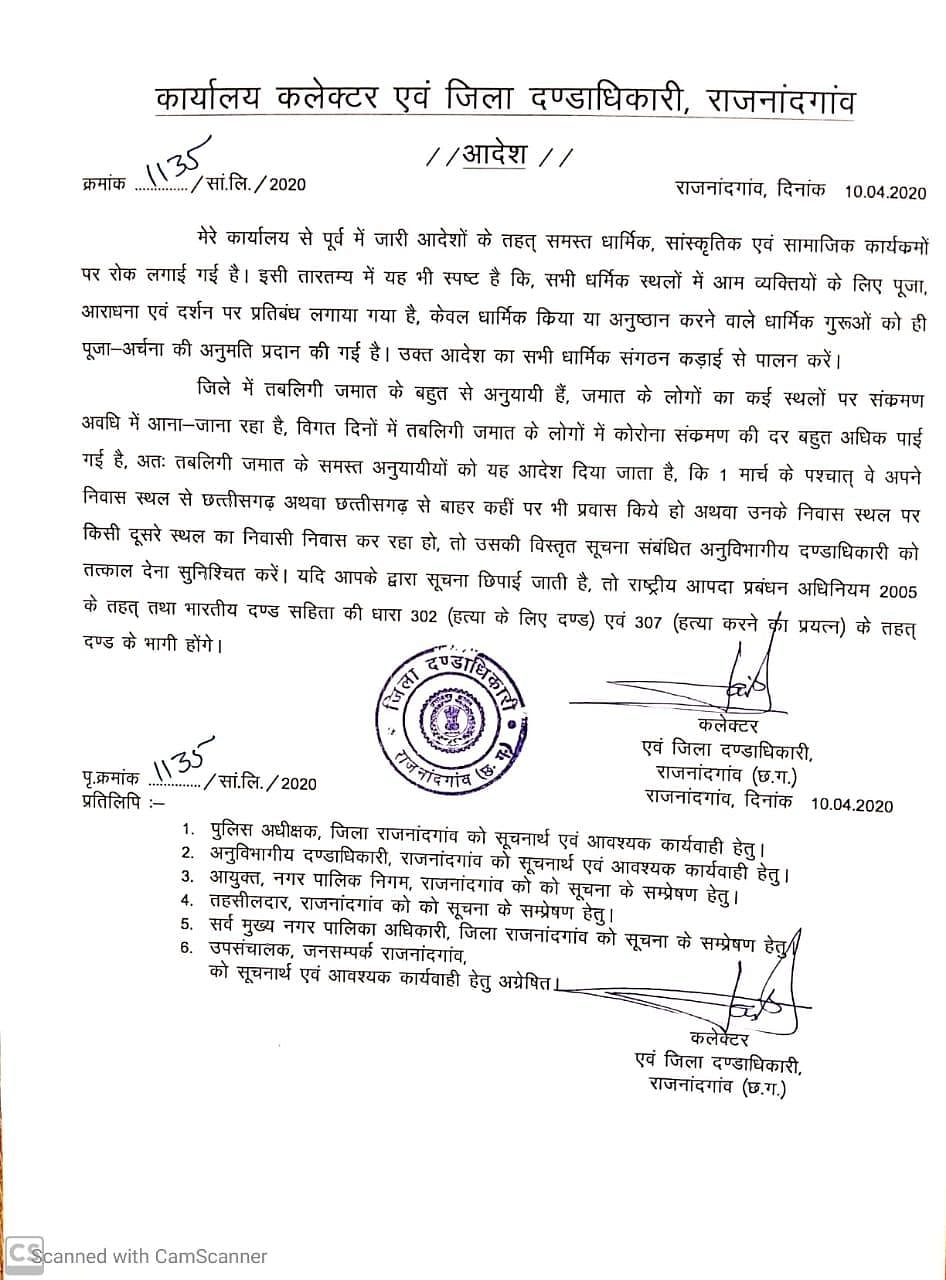 “All the followers of Tabligh-e-Jamaat are commanded to immediately given self-declaration to the concerned sub-divisional magistrate regarding their stay outside the district or Chhattisgarh state since March 1. And if (Tablighi members) hide the information, they will be penalised under IPC Sections 302 (murder) and 307 (attempt to murder) under the National Disaster Management Act 2005”, the order stated.

When contacted the collector said that some people had complained about these members who are outsiders were residing inside the mosque. “Jamatis are coming from Maharashtra and my district Rajnandgaon shares a long boundary with the adjoining state. The order is just precautionary to ensure the actual information should come from those associated with the Tabligh-e-Jamaat”, Maurya told the Express.

The collector denounced the rumour attempting to give religious colour to his order. “Hatred and feeling of untouchability with the particular community will not be tolerated”, he added further.