INTERVIEW | Central team has lauded our efforts in Indore: Shivraj Chouhan on COVID-19 situation in MP

We will inform our PM about measures that have been taken so far by the state to defeat the pandemic.

In between holding meetings and reviewing the progress of his government’s efforts to curb the coronavirus, Madhya Pradesh Chief Minister Shivraj Singh Chouhan took out time to talk to The Sunday Standard about the state’s fight against the COVID-19 pandemic. Here are excerpts:

At your meeting with the PM on Monday, what will be your stand on the lockdown, which ends on May 3? Should it be extended?

We will inform our PM about measures that have been taken so far by the state to defeat the pandemic. Our first focus is on safeguarding the life of common people. Lockdown will be lifted gradually after reviewing the situation in each containment zone. The good news is that almost half the state is free of the coronavirus.

After some relaxations were given on April 20 to restart economic activities, how many industries in the state have reopened and if they have not, then why not?

We are looking at COVID-19 as adversity which should be turned into an opportunity. Our first focus to overcome the crisis will be the speedy recovery and rebooting of the industries and commercial sector. Our top priority is to provide employment to workers who have been worst affected. All the crucial departments have been directed to draw a roadmap for reviving economic activities both in rural and urban areas. Out of 146 big industries, 115 industries employing 28,300 workers have started functioning. Some big industries like John Deere (Dewas), Ultratech Cement (Neemuch), HEG and SD Bansal in Iron and Steel (Mandideep), Welspun and Sagar Manufacturing (Raisen), Cadbury (Malanpur), Oswall Denims (Rajgarh), Maral (Khargone) will soon begin work.

Why was Indore allowed to become a hotspot; there are reports that the central team found that the lockdown was not enforced properly, leading to a spurt in cases?

This is totally wrong. The Central team has appreciated Madhya Pradesh for its efforts regarding corona. The death toll is under control and special care is being given to Indore. Indore is the prime commercial centre and is densely populated. It is a place where a big number of people travel abroad for business and commerce. 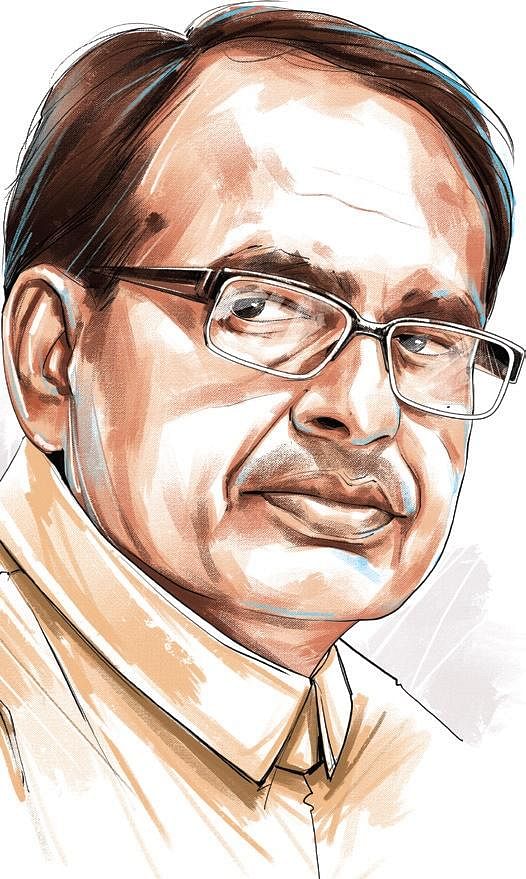 Initially such people hid their travel histories and somehow came into contact with others resulting in the infection spreading. I have reviewed the situation and arrangements in the state through video conferencing. The corona testing rate in Indore is much higher than the rest of the state. More than 6,200 samples have been taken in Indore out of which 1,000 samples have been sent to Delhi for testing. There are 489 teams engaged in this work. So far, 3.9 lakh persons have been surveyed in the infected areas. A total of 12 to13 lakh persons have been surveyed. In the next seven days, 20 to 21 lakh persons will be surveyed.

There is a feeling that political instability during the initial stages of corona is responsible for the weak response to the pandemic? Do you agree that politics got priority over health and safety?

I personally think this is a time where we all need to fight this menace together. These allegations are made because of political reasons. In fact, it was the Congress government which was responsible for such a poor state of affairs. Instead of making necessary arrangements for COVID-19, the Congress government was busy organising IIFA and agitations against the CAA. We are trying our best from the moment I was sworn in as the Chief Minister. I strongly disagree that public health and safety were not given priority. For us, the first and foremost priority is to safeguard the people and the Madhya Pradesh government is leaving no stone unturned in this regard.

The allegation is that the delay in cabinet formation, particularly in appointing a health minister, led to the alarming situation in Indore. It is not correct, as per my opinion this is not the time to play such games but we live in a democracy, everybody has got a right to speak but nobody except the one who has made it can guarantee the allegations to be true. Yes, it is a fact that the council of ministers plays a crucial role in governing the state and its welfare. But as soon as I was sworn in, I had my full focus on overcoming the odds.

Do you think that the appointment of Narottam Mishra as health minister could have been avoided due to his disqualification case pending in the Supreme Court?

The case is still in the court and there is no need to discuss this issue any further.

If Jabalpur could be a success story in combating COVID-19, why couldn’t it be done in Indore?

Every place has specific issues. The conditions in Indore were far different from Jabalpur. Indore is a densely populated city and a prime commercial centre of not only the state but central India. In Indore, we will soon see positive results.

Attacks on police and health workers are continuing in the state. Why is the government not able to curb this?

We are continuously trying that such incidents don’t happen, we are trying to counsel such persons, not to get afraid or misinformed about this disease and yet such things happen, which is very unfortunate. I want to warn those who are indulging in this that they not be spared. Those who attacked officials are already behind bars under the provisions of the National Security Act and strict action will be taken against them.

Why are minorities alone being blamed for attacks on corona warriors?

Everyone is equal before the law. Those found attacking relief and medical teams are under arrest for breaking the law. How can we see it through a religious angle? This is a global pandemic; it can happen to anyone, irrespective of caste, creed and religion. All religious leaders of every sect have also appealed to the people to cooperate with the government. I don’t agree that minorities alone are being blamed for attacks on corona warriors.

On several COVID-19 parameters, MP is lagging behind; it has the highest death rate, and one of slowest recovery rates. How do you plan to reverse this?

Madhya Pradesh is recovering from the crisis. Almost half the state is now free of transmission. Many patients have recovered. The Central monitoring team has appreciated our efforts and we are fighting the pandemic with our full force.

There are reports of Jyotiraditya Scindia being unhappy, although two of his MLAs have been made ministers? Is he unhappy?

This is totally wrong. He is an experienced leader and has joined us because he thinks that he can serve the public in a much better way here. We are happy that we have him with us as our party member. Ministers are appointed on the basis of their abilities and experience.

When do you plan to complete your Cabinet? Or are you confident that a smaller cabinet is more efficient during troubled times?

Once we get out of this crisis then whatever the party organisation decides in regard to the cabinet expansion, you will be informed.