“The utilisation of the funds involves complex process involving many stages.

DEHRADUN: Uttarakhand"s political bigwigs such as Chief Minister Trivendra Singh Rawat, Cabinet minister and government spokesperson Madan Kaushik and Leader of Opposition Indira Hridayesh have not been able to fully utilise their MLA funds for developmental projects in this soon-to-end financial year, revealed an RTI query. 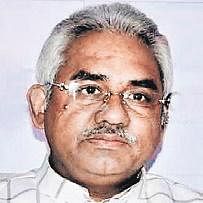 Cabinet minister Madan Kaushik (60% funds unutilised), Congress state president Pritam Singh (54% unutilised) and former chairperson of Uttarakhand Legislative Assembly Govind Singh Kunjwal (59% unspent) are among the 17 leaders who were unable to use even half of the MLA Local Area Development (MLALAD) funds.

BJP MLA Yatishwaranand (rural Haridwar) fared the best among MLAs as he managed to use 78% of his allocated fund. Congress’ Harish Singh Dhami (Dharchula) came at the bottom with over 70% of  MLALAD funds lying idle, so far.Under the MLALAD scheme in Uttarakhand, each legislator gets `3.75 cr for carrying out development works in his/her Assembly constituency in a financial year.

“The utilisation of the funds involves complex process involving many stages. Sometimes, due to this process, the approval and release of funds get delayed. Development is our priority. We are committed to take the state to new heights,” Kaushik said in response to the queries related to the unused funds. Seventy-one MLAs of the Uttarkhand Assembly were allocated `798.75 crore from financial year 2017-2018 till December of the ongoing financial year 2019-2020 — out of which `317.58 crore is lying unspent.

Almost all the MLAs of Uttarakhand are unable to spend their allocated funds fully, says the response to a RTI query of activist Nadimuddin. The data giving details till December 2019 was provided by the state rural development department. “The representatives should make efforts to utilise funds for development in a better way. Their work and duty is towards betterment of people, whether it is to provide development or enhance their quality of life through framing laws,” said the Kashipur-based activist.

Stay up to date on all the latest Nation news with The New Indian Express App. Download now
TAGS
MLA funds Uttarakhand