BJP is concerned with the shrinking support among tribals of the state.

RANCHI:  Concerned with the shrinking support among tribals, the BJP is likely to project tribal MLA Neelkanth Singh Munda as Leader of Opposition (LoP) in the Jharkhand Assembly. Party insiders said that it is high time that the outfit should take immediate steps to regain its ground in tribal areas before it gets too late. 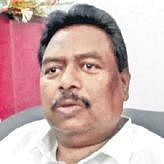 Of the 28 reserved seats in the state polls, BJP could clinch only 2 as against 13 seats in 2014. Even in the Lok Sabha election, the BJP won three of the five seats reserved for ST candidates, though with a very thin margin. This time around, the JMM won more than 20 such seats — a clear case of tribals moving from the BJP to the JMM. Moreover, the BJP did not perform well on 26 tribal seats it lost this time. The JMM-Congress-RJD together clinched 47 seats whereas BJP got only 25, which is 12 seats less than the 2014 tally. Regional parties like AJSU and JVM managed only two and three seats.

“Former minister and Khunti MLA Neelkanth Singh Munda is likely to be projected as the Leader of Opposition, while a non-tribal face, maybe CP Singh, will be made BJP state president,” said a BJP functionary. Since, there are no elections in the next three years, it is time to strengthen the organisation and also to win the trust of party workers, he added.

Stay up to date on all the latest Nation news with The New Indian Express App. Download now
(Get the news that matters from New Indian Express on WhatsApp. Click this link and hit 'Click to Subscribe'. Follow the instructions after that.)
TAGS
Neelkanth Singh Munda Jharkhand Assembly Jharkhand politics Jharkhand BJP Jharkhand Opposition leader