A Ugandan studying in Bengaluru has been arrested by the Madhya Pradesh Police’s cyber crime unit for skimming an ATM and subsequently stealing `2.5 lakh from the bank accounts of 12 people in Bhopal.

A Ugandan studying in Bengaluru has been arrested by the Madhya Pradesh Police’s cybercrime unit for skimming an ATM and subsequently stealing Rs 2.5 lakh from the bank accounts of 12 people in Bhopal.

Mufasa Andrew alias Kim, 27, arrived in Bhopal in November 2019 and fitted the skimming device at a nationalised bank’s ATM booth in Katara Hills area before stealing Rs 2.5 lakh from their accounts.

The police are now probing details of three cell-phones seized from the Ugandan to track the remaining gang members. 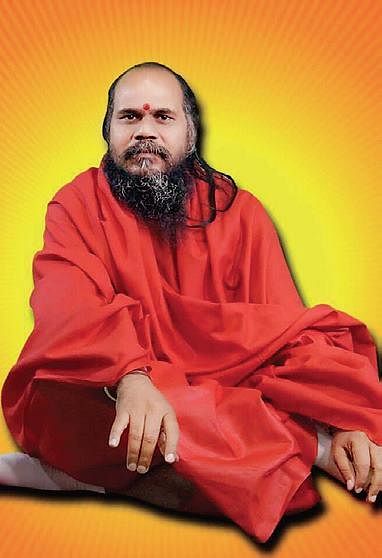 Minister proud to be Scindia’s sidekick

Reacting to the opposition BJP ridiculing him as former Union minister Jyotiraditya Scindia’s chamcha (sycophant), labour minister Mahendra Singh Sisodiya recently said it was nothing to be ashamed of.

“Maharaj (Scindia) gave me the party ticket in the elections, made my life worthwhile by making me a Cabinet minister. I’m fortunate to be the chamcha of such a leader. Why just chamcha, you can call me his kadhai (pan),” said Sisodiya.

This was after Guna’s BJP MP KP Yadav (who defeated Scindia in 2019 Lok Sabha polls) had dubbed Sisodiya as Scindia’s chamcha. The minister also had a question for Yadav: “Wasn’t the BJP MP once a chamcha of Maharaj, when he used to run behind Maharaj’s car in the past.”

BSF jawan Rahul Yadav was fined of Rs 20,000 by the Madhya Pradesh High Court for allegedly making indecent gesture in the courtroom towards an advocate who had objected to the bail plea filed by Rahul’s brother in a rape case.

On Tuesday, the HC granted bail to the BSF jawan’s brother in the rape case.

The BSF jawan and rape accused brother were about to leave the courtroom when the jawan made an indecent gesture at the rape survivor’s lawyer. The lawyer reported it to the judge, who imposed the fine.

While demanding that all Hindu seers should unite to demand that cow be declared Rashtriya Mata), he suggested making Aadhar card and voter ID card for cows since they were the centre of politics in the Hindi heartland.

“Once Aadhar and Voter ID cards of cows are made, the farmers taking their care will be extra cautious about their livestock,” Mirchi Baba contended.