Recognition at last for unsung heroes at 71st Republic Day

Considered the voice of the 1984 Bhopal gas tragedy victims and survivors, Abdul Jabbar, who passed away last year in November at the age of 62, was conferred the Padma Shri posthumously.

Departed political leaders Arun Jaitley, Sushma Swaraj, sport stars Mary Kom, P V Sindhu and Bollywood personalities Kangana Ranaut and Karan Johar grabbed the headlines when the Padma awards were announced but the list also contained many who, away from the limelight and media glare, have worked selflessly, tirelessly and religiously for years to care for the underprivileged and the unprotected. Here are their stories.

New identity for the disfigured Yogi Aeron, 82, has been treating patients for disfigurement — mostly facial burns — for over 25 years, for free. “That’s fine (winning the Padma award) but I have thousands of patients on my waiting list. I hope some help will arrive for them too,” said Aeron after getting to know about his Padma Shri win.

Aeron has been at it for 27 years at Malsi, 10km from Dehradun on the Mussoorie Road. His day starts early, lining up patients and then going over their case one by one. Not that he could not enjoy a cushy life.

Born in 1937 in Muzaffarnagar, Aeron graduated from King George Medical College, Lucknow, and then travelled to the US to specialise in plastic surgery.

His four-acre campus, bought in 1983, looks like a science park.

The aim is to convert it into learning space for children and a treatment facility for the underprivileged. Since 2006, Aeron has been running a two-week camp, two times a year supported by around 16 doctors from the US.

The camp treats BPL patients, who cannot afford surgery, to reconstruct their lips, cheeks, nose and other parts of the face.

On an average, nearly 500 surgeries are done by the doctor who virtually enjoys God status. With over 10,000 patients on the waiting list, he does have an enviable job, trying to fund them.

Kush, his son and also a doctor, said, “My father has never been able to manage his finances on his own. He does it for his patients, which makes him happy.”

‘God’ to the poor in Sunderbans

Arunoday Mondal, one of the five Padma awardees from Bengal, is a doctor who travels six hours every weekend to remote parts of Sunderbans to treat the poor for free for the last 20 years. Mondal, Bengal’s pride and called ‘god’ by the poor, is a general practitioner in Kolkata.

He provides free treatment and medicines through his charitable organisation Sujan. Defying all odds, he reaches out to the patients in the remotest villages carrying free medical aid that he collects from Kolkata. He treats more than 250 people every weekend for a range of ailments.

“I never imagined that my work will be recognised at the highest level. I work in remote pockets inhabited by the poor. I never thought that the news of my work for the poor will reach Delhi and I will be considered for a Padma Shri award,” said Mondal.

He also arranges medicines, conducts medical camps and blood donation drives. The doctor set up Sujan Sunderban, a free medical service centre, at his residence in Chandanpur after Bengal’s devastating floods in 2000.

However, there were many hurdles he faced to reach the poor such as uncooperative and cynical gram panchayats.

“I had to struggle hard to reach the poor. Even today, I carry a bagful of medicines, which are given for free by my medical representative friends. Every time, I travel six-hour one way, change transportation five times using various means like local trains, buses, country boats and then trek to reach the remote villages,’’ Mondal said. 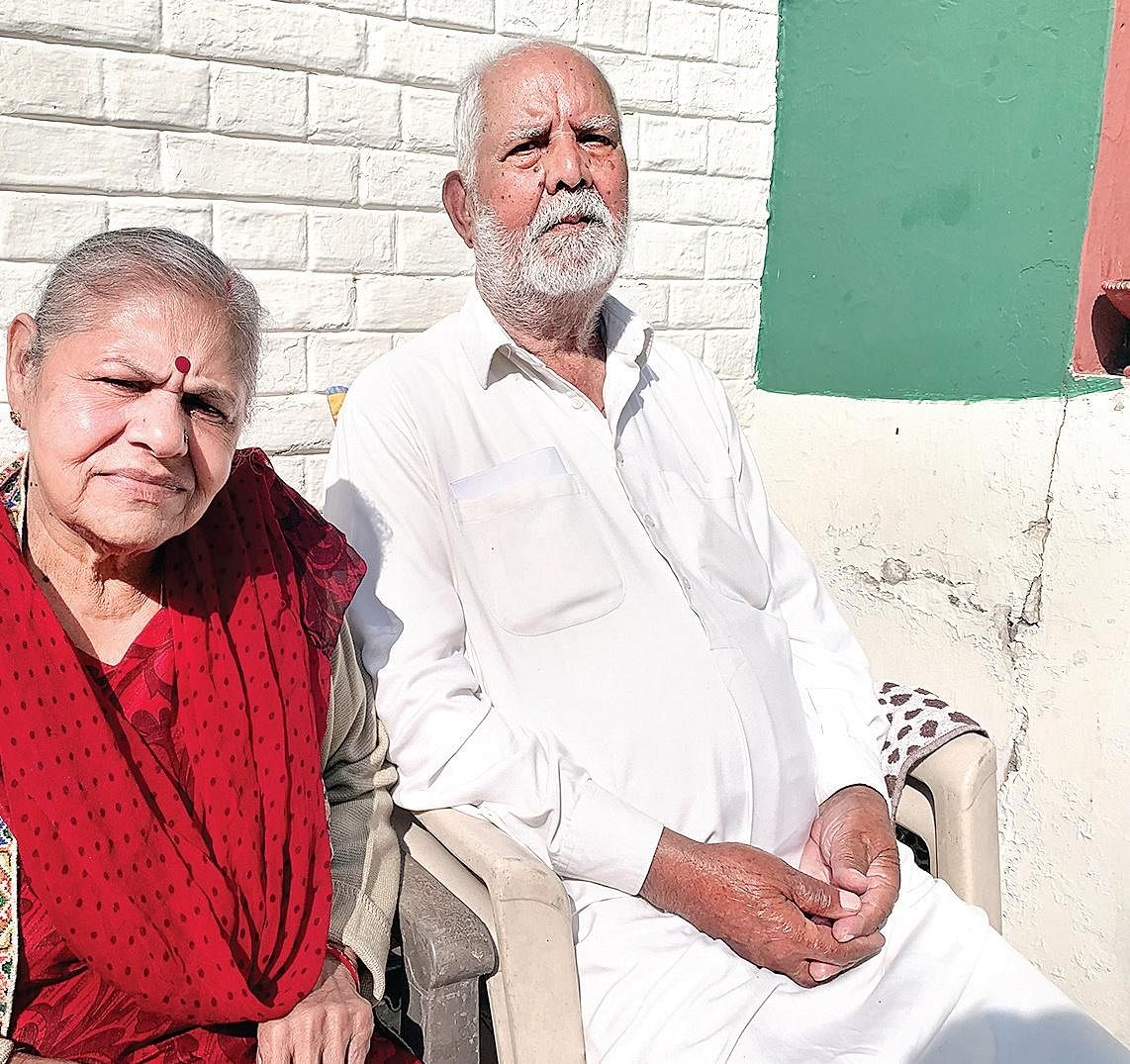 Known as ‘Langar-Wala-Baba’, Jagdish Lal Ahuja, 84, who serves free food to nearly 2,500 poor patients and attendants outside PGIMER, Chandigarh and Government Medical College and Hospital (GMCH) every day, has been conferred the Padma Shri for his selfless service.

Ahuja, who arrived as a refugee from Peshawar in Pakistan at the age of 12, has been serving free langars for the last 38 years.

Ahuja had first settled in Mansa, before shifting to Patiala, selling candies on footpaths before settling down in Chandigarh in 1956 to sell bananas.

He came to be known as the ‘Banana King’ and a millionaire.  Now living in a 250 square yard house in Sector 23 with his wife Nirmal, Ahuja recalled the days when they would go to sleep hungry.

“I was a street vendor in Mansa and was able to earn one meal a day and use to sleep hungry. When I came to Chandigarh, I sold bananas and then after years opened my own shop in the grain market and became a commission agent for bananas for Chandigarh and Himachal Pradesh and later also opened my cold storage and had a potato business,” he said.

He sold his property — including farmhouses and showrooms— to fund the langars. “Last year, an official told me I had been selected for Padma Shri. I am delighted to get this award. It puts more responsibility on my shoulders now,” said Ahuja.

“I get up at 3 am to prepare roti, rice, dal, chana and karhi, though I am much weaker now and a diabetic,” said Jagdish Lal Ahuja.

Assam’s ‘elephant doctor’ has finally got his dues in the form of the Padma Shri. Over the past 15 years, Dr Kushal Konwar Sarma traversed around five lakh kilometres, mostly in the jungles, and skipped his weekend offs to treat and tame nearly 10,000 elephants.

Well known in the wildlife circles of India, Sarma is a professor and head of the department of surgery and radiology of the College of Veterinary Science in Guwahati.

In a state that has a huge jumbo population, there is hardly a day when he is not required to treat or tame a jumbo. However, in doing so, he never neglected his duties at the college.

“My primary duty is to teach students and I have never missed a class. At the same time, I am required to go from one jungle to another to extend my service to the animals. My biggest problem has been time management. Sometimes, I am taking a class and I get a call for an emergency,” the 59-year-old said.

He said over the past 15 years, he had worked days and nights to treat animals. He has tamed 139 captive rogue jumbos which, he said, is a world record.

On average, he treats or tames around 800 elephants a year. He is a steering committee member of the Union Ministry of Environment and Forest’s Project Elephant. “I’m happy to have received the Padma Shri but this is not what I worked for. What I enjoy the most is teaching students,” said Dr Sarma.

Considered the voice of the 1984 Bhopal gas tragedy victims and survivors, Abdul Jabbar, who passed away last year in November at the age of 62, was conferred the Padma Shri posthumously.

Jabbar spent three and half decades fighting for the families affected by the world’s worst industrial disaster, through a host of public interest litigations.

He was himself a victim and had lost his parents in it.  He was suffering from lung fibrosis and had lost 50% of his vision.

These limitations, however, could never stop him for fighting for the cause of the victims and survivors of the disaster through the Bhopal Gas Peedit Mahila Udyog Sangathan founded in 1987. He mobilised the women to fight for justice.

Unable to control her tears after the award was announced, Jabbar’s widow Saira Bano said, “Not only my family, but all the families affected by the tragedy don’t have words to explain our joy and pride... We thank the state and central governments. We’ll continue to fight for the cause.”

During the tragedy, over 500,000 people were exposed to methyl isocyanate (MIC) gas.

‘Organ man’ gets due recognition

For Bimal Kumar Jain, 65, the Padma Shri award is a recognition of his hard work of over two decades serving the physically challenged and his movement for organ donation, which he has been trying to popularise.

General secretary of the Bharat Vikas Viklang Nyas, which runs a hospital for Divyang Jan, and the Dadhichi Deh Daan Samiti, Bihar, Jain goes by the dictum that service to mankind is true service to God.

Inspired by the late Jayaprakash Narayan’s call to work for humanity, dignity and equality, Jain chose his calling in 1974 and also served as a member of Bihar Child Rights Protection Commission under the Bihar government.

Credited to have launched an organ donation movement and successfully ensured eye transplants for over 400 visually impaired persons, Jain is also a member of the executive council of the National Institute of Rehabilitation, Training, and Research.

“Two visually-challenged girls from Kankerbagh blind school will soon get eye transplants and will be able to see,” said a happy Jain, adding that the government is also working to set up eye banks in each district.