The ban was imposed after Kunal Kamra heckled TV journalist during an Indigo flight and made a video of it.

NEW DELHI: Congress leader Rahul Gandhi on Wednesday slammed flying ban imposed on stand-up comedian Kunal Kamra by four airlines and termed it as an "act of a coward leveraging his influence with the government to silence a critic".

"The ban imposed on #kunalkamra by 4 airlines is the act of a coward leveraging his influence with the Govt to silence a critic. Those who use their "news" cameras as 24x7 tools of propaganda, should show some spine when the camera is turned on them," Gandhi wrote on Twitter and re-tweeted a story. 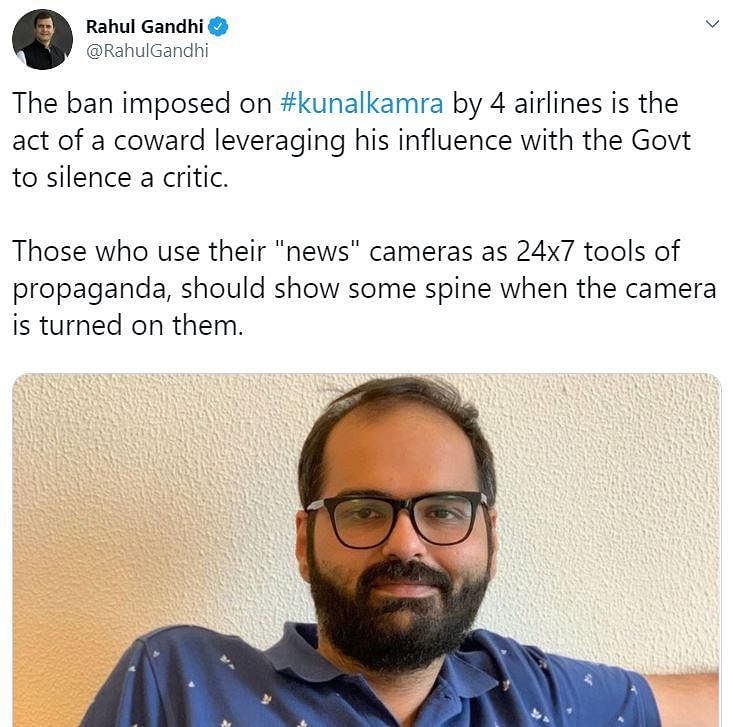 The ban was imposed after Kamra heckled journalist Arnab Goswami during an Indigo flight and made a video of it.

In the video posted by Kamra on his Twitter handle, Goswami remained glued to his laptop and did not respond to the former's questions, jibes and comments.

Air India, SpiceJet and GoAir declared ban on the comedian until further orders while IndiGo has barred him from flying for six months.