Decline in the status of Udanti-Sitanadi, Achanakmar, Amrabad, Palamu, NSTR and Dampa reserves can be correlated with a high disturbance regime and poaching.

NEW DELHI:  Large-scale coal mining, linear infrastructure projects like national highways, deforestation and habitat defragmentation have impacted the tiger population and reproduction in many reserves in the country, according to a report released by the National Tiger Conservation Authority (NTCA). 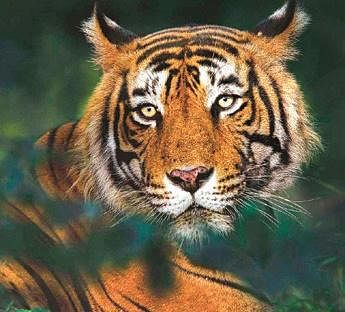 The report says paucity of undisturbed areas and increasing anthropogenic (caused by humans or their activities) pressure have likely delayed reproduction and rapid growth of the big cat population in the Sariska Tiger Reserve.

“Sariska Tiger Reserve is infamous for losing its tiger in the beginning of this century. After additional supplementations and breeding of reintroduced tigers, currently 11 adult tigers are resident in Sariska. Anthropogenic pressure inside Sariska TR is the major concern for the long-term,” said the report. The Centre has been talking about balancing environment and development but the report says large-scale mining of coal has caused extensive deforestation in Madhya Pradesh’s Umaria district home to Bandhavgarh tiger reserve.

“As the area forms a key wildlife corridor between Kanha and Bandhavgarh tiger reserves, it needs to be protected from the increasing anthropogenic pressures,” it added. Feral dogs and poaching are also threatening the tiger population.  “Feral dogs were detected in most tiger reserves. Dogs are a threat to both ungulates (which they hunt) and to carnivores, since they carry infectious diseases like rabies, parvovirus, and distemper,” highlights the report. Decline in the status of Udanti-Sitanadi, Achanakmar, Amrabad, Palamu, NSTR and Dampa reserves can be correlated with a high disturbance regime and poaching.

Stay up to date on all the latest Nation news with The New Indian Express App. Download now
TAGS
Tiger Tiger population