Ghariyals have chosen in a big way to nest and breed in the Yamuna almost after a decade.

Soon, a virtual tour of 60 ancient Kashi temples
A virtual museum-cum-web repository of 60 ancient temples and sculptures found among the buildings acquired for the Kashi Vishwanath Corridor, will be created to preserve and showcase the history and art of these structures and artefacts. In view of their architectural prosperity, the temples would be renovated and preserved. The museum will be created with the help of BHU’s Department of History of Arts and National Museum of Archives. Kashi Vishwanath Corridor is being constructed in an area of around 5 lakh square ft. 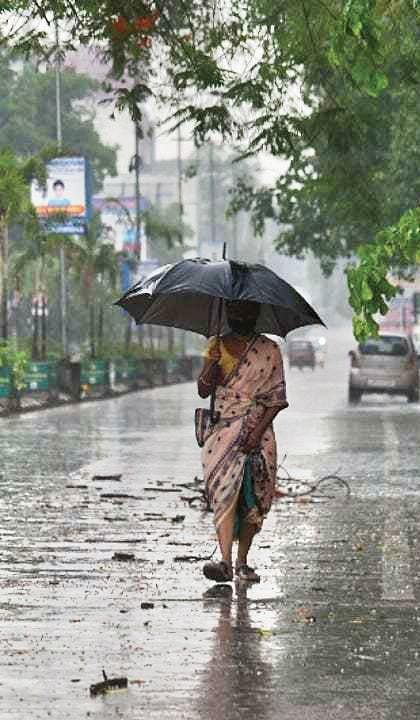 Baby ghariyals in Yamuna after a decade
Ghariyals have chosen in a big way to nest and breed in the Yamuna almost after a decade. The ghariyals nested and laid eggs in Bhaupura of Etawah, near 30 km upstream of Yamuna. The eggs hatched a few days later and the infants swam towards the Yamuna. According to reports, 43 baby ghariyals made their way to the river on June 15, drawing a massive crowd of onlookers. To protect these ghariyals, a team of forest guards and volunteers from nearby villages has been deployed for round the clock monitoring. In 2011, ghariyals had ventured in the Yamuna near Haraur village for breeding for the first time. However, these amphibians mostly remain in their natural habitat — the Chambal.

Live aarti, prayers  on Guru Purnima
The Ramakrishna Math in Lucknow live-streamed the morning aarti and other rituals performed especially for Guru Purnima. The aarti was streamed live on its YouTube channel on Sunday helping the devotees be a part of the celebrations. The day began with a ‘mangal aarti’ at 4.30 am and was followed by Vedic chanting, special prayers, a ‘havan’, ‘pushpanjali’ and devotional songs. While several devotees attended the live session, many others thronged the Math to offer prayers and flowers. Guru Purnima happens to be the birth anniversary of Ved Vyasa, the author of Mahabharata.

Mercury drops as rain gives relief
The city got some relief from the sultry conditions prevailing for the past few days as intermittent light rains turned the weather pleasant. Overcast sky and rains led to a drop in the mercury level by five degrees during the day. The city is expected to witness partly cloudy skies with one or two spells of rains till Friday. Lucknowites have been praying to the rain god as the city has witnessed 24 per cent below normal rains so far this monsoon. The western part of the state has received 197.5mm of rainfall on average per district so far which is 33% below normal. In comparison, east UP has received 429.2mm rainfall per district on average, which is 19% above normal.