As the Congress government is completing three years in the state and is eyeing the assembly elections 2022, it has now come out with a publicity plan to highlight its achievements.

CHANDIGARH: As the Congress government is completing three years in the state and is eyeing the assembly elections 2022, it has now come out with a publicity plan to highlight its achievements. At least 100 Indoor LFD display screens of 65-inch each will be installed in various government offices. 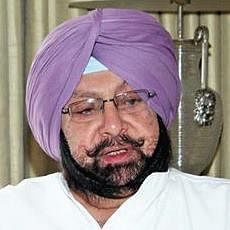 The Public Relations Department has already floated the tenders in this regard. In the first phase around 100 LFD screens will be taken on lease and will be put in the buildings already identified by the government. These include seva kendra, sangh kendras, municipal corporation offices of all give municipalities, local bodies office, main secretariat, mini secretariat in Chandigarh, Punjab Bhawan in Delhi and Chandigarh, Vikas Bhawan, GMADA office, chief minister’s residence so that the MLAs and other who come to meet the CM can also watch the achievements.

It is learnt that the control of these LFDs will remain with the public relations department and they will show the programs related to the achievements of the government besides government advertisements. Also the decisions taken by the Punjab Chief Minister Capt Amarinder Singh and the promises he had made which have been fulfilled will also be telecast on these screens. It would also highlight steps taken by the government in handling drug mafia. Sources said LFDs will be installed initially for a period of three years and would also have multi-screen support.