Interestingly, in the 2017 Assembly polls, the Congress leader had said that those were his last elections.

CHANDIGARH: Putting an end to speculations about his candidature in the 2022 Punjab Assembly elections, Chief Minister Capt Amarinder Singh Monday said he will definitely contest the next polls.“I’m still quite young. I will certainly fight the next elections. Do you think I am too old to fight the polls?” the 78-year-old leader asked, in response to a question during the press conference to mark the third anniversary of his government.

Interestingly, in the 2017 Assembly polls, the Congress leader had said that those were his last elections. In 2018, he had said he would not hang up his boots until the state was taken out of the “mess”.Also on completion of 3 years in office, Amarinder announced a slew of incentives — One lakh government vacancies to be filled up, to rationalize electricity tariff, 5000 new permits for small buses and 2000 for stage carriages, road tax on buses to be reduced, State Drug Legislation to tackle the menace of drugs and 750 rural stadiums and the list is endless. 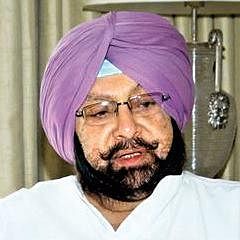 Amarinder also played down his differences with Congress leader Navjot Singh Sidhu, saying he has no issues with the Amritsar MLA and the ex-minister could discuss any matter with anyone in the party. “For the youth of the state, we will provide one lakh government jobs over the next two years,” he said, adding that the employment will be provided through a transparent and merit-based system.

Amarinder said jobs will be offered in several government departments, including health, education and police, “We have already provided 12.17 lakh jobs,” he claimed.Under fire from the Opposition over high electricity charges, Amarinder announced to rationalise power tariffs.

“Realising that domestic electricity consumers deserve relief in power tariffs, we have decided to rationalise electricity tariffs in a manner that reduces their burden, making it more affordable to the common man,” Singh said.He also announced 750 rural sports stadiums to be set up across Punjab in order promote sports and improve the health and fitness of youth, and the establishment of a Law University in Tarn Taran.

Now we are on Telegram too. Follow us for updates
TAGS
Amarinder Singh Punjab CM