Coronavirus cases crossed 150-mark in the country, while another 276 Indians got added to the list on Wednesday as they tested positive abroad.

NEW DELHI: Coronavirus cases crossed 150-mark in the country, while another 276 Indians got added to the list on Wednesday as they tested positive abroad. In a related development the Central Board of Secondary Education (CBSE) called off all remaining Class X and XII board exams given the gravity of the situation. The Army reported its first case with a 34-year-old soldier in Leh, who had rejoined his unit on March 2 after going on leave on February 25, testing positive. His father had returned from his Iran pilgrimage and tested positive for Covid-19 on March 6.

dication yet of community transmission, as samples from 820 individuals with acute respiratory and influenza-like illnesses but without any international travel history or contact with confirmed cases, tested negative. Their samples were collected by 51 viral research and diagnostic labs attached to the Indian Council of Medical Research (ICMR) between March 1 and 15, government officials said.

However, Rajasthan shifted gear by imposing Section 144 under the CrPC to prohibit gatherings across the state. The number of coronavirus cases in Delhi rose to 10, which included a foreign national. In Maharashtra, three more tested positive, raising the state’s tally to 45. According to a late night announcement, Prime Minister Narendra Modi will address the nation on the unfolding scenario on Thursday at 8 pm. “We had asked 51 VRDLs (Viral Research and Diagnostic Labs) across states to collect 20 samples each but on many sites there were not enough cases, so 820 samples alone could be collected,” a senior ICMR official told this newspaper.

“Of them, none tested positive for Covid-19, which suggests it is still limited to local transmission and our containment efforts have paid so far.” The development comes amid repeated calls by the World Health Organization for countries to carry out more tests so that every infected person is immediately identified and isolated.  The ICMR till now is allowing only those international travel history with symptoms or those who have come in contact with international travellers and later develop symptoms to get tested. It has also said that even private laboratories, once they start testing in a few days, will have to follow its testing protocols. 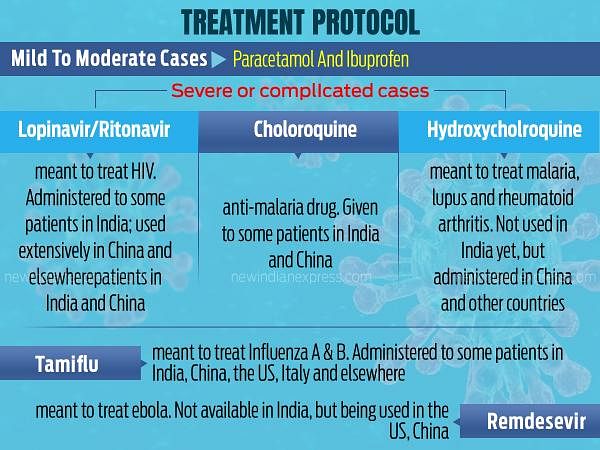 Officials have been saying that it’s an evolving strategy and could be revised later. Many public health experts have said only sentinel testing won’t be enough and the tests should be anyone who shows symptoms to understand the real gravity of the situation. The number of confirmed infection cases have reached 151 in India with presence in 17 states and Union Territories.

“Some of the patients being treated are also said to be critical. The Ministry of External Affairs also evacuated 405 stranded Indians from Malaysia in two special Air Asia flights to Delhi and Vizag while a group of 185 Indians were evacuated on a special IndiGo flight from Jeddah. They had been in Saudi Arabia on the Umrah pilgrimage. Meanwhile, Union Health and Family Welfare Minister Harsh Vardhan reviewed the preparedness regarding hospital management such as outpatient department blocks, availability of testing kits, personal protective equipment, medicines, and adequate isolation wards.

In the meeting, directed hospitals to ensure adequate availability of protective gear for all healthcare workers. He also reviewed quarantine facilities for the evacuees including the ones at the airports and other key transit points, in terms of segregation of passengers, transportation to the quarantine facilities, health check-ups etc amid complaints that some quarantine facilities are not up to mark and lack basic hygiene and standards.

The minister instructed for teams to be deputed to regularly inspect and monitor the quarantine facilities to ensure that the necessary amenities and facilities are being provided. Meanwhile, Cabinet Secretary Rajiv Gauba on Wednesday held a meeting with all the secretaries of the Union government to discuss the precautionary measures to stop the spread of coronavirus and stressed on holding meetings through video conferencing, sources said. The entry of visitors in government offices has been stopped; only who have prior appointment with the officer concerned are being allowed. (Inputs from Mayank Singh and Pushkar Banakar, Delhi)

Now we are on Telegram too. Follow us for updates
TAGS
Coronavirus COVID 19 india