NEW DELHI: The Centre on Monday asked all states and Union Territories to take “appropriate” action against those found indulging in hate crimes against people from the northeast by linking them with the novel coronavirus.Taking note of growing instances of such incidents, the Union Home ministry stated that “the incidents are racially discriminatory and painful to the victims.” The communication comes a day after a 25-year-old Manipuri woman alleged that an unidentified man spat on her and called her “Corona” in northwest Delhi’s Vijay Nagar area. 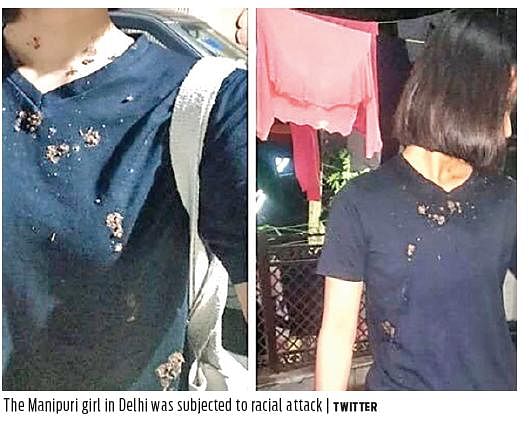 The March 21 letter to chief secretaries of all states and Union territories, noted there have been cases where people, including athletes and sportspersons, from the northeast have been harassed by linking them to COVID-19. “This is racially discriminatory, inconvenient and painful to them. It is requested that all law enforcing agencies in your State/UT may be sensitised to take appropriate action in cases of harassment when these are reported,” read the letter.

The instances have been many. A Twitter feed of an Indian-Chinese in a white T-shirt with an appeal in Bengali saying, ‘No, I am not coronavirus. I was born in Kolkata. I have never been to China’, last Friday, shocked the denizens of the sprawling metropolis on Sunday. In Ahmedabad, police detailed nine Naga youth insisting they were Chinese corona patients. All of them — including six girls — were released after intervention of an IPS officer Wapang Jamir, but with their psyche’s damaged and reputation tarred. All of them work at an international call centre.

Recounting the horror, Akropele Cathy said they suffered humiliation. “Neither the police, nor the doctors would believe us that we were Indians,” she said. Three of her friends were evicted by their landlord fearing they were COVID-19 patients.Meanwhile, thousands of students from northeast studying in campuses in Delhi-NCR, Haryana and Uttarakhand, appeared apprehensive of attacks, as was evident from thousands of Facebook posts going around.

Now we are on Telegram too. Follow us for updates
TAGS
coronavirus coronavirus outbreak