Modi indicates extension of lockdown, asks CMs to submit their suggestions by Friday

NEW DELHI: Lockdown 4.0 after the current one ends on May 17 appears to be looming with focus on containment zones, as also further opening of the economy with the Centre giving more flexibility to the states. Those were the takeaways from the marathon fifth video conference Prime Minister Narendra Modi had with all chief ministers on Monday. Caution appeared to be the watchword as consensus emerged on extending the lockdown in Covid-19 containment zones amid a clear sense of urgency to reboot the economy.

In his concluding remarks, Modi is learnt to have said that the ongoing lockdown may need to be extended. He sought a broad strategy by May 15 from the chief ministers on “how each one of you would want to deal with the lockdown regime in your particular state”.However, the Ministry of Home Affairs is expected to increase relaxations in non-containment zones. 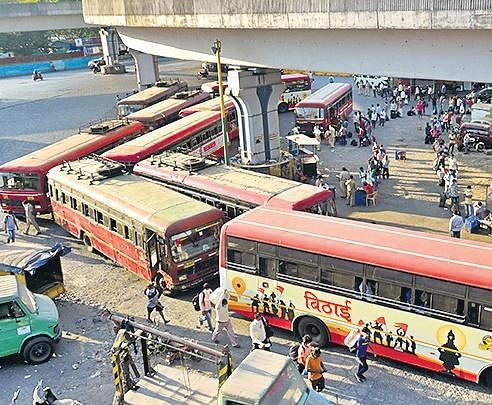 While Modi in his opening remarks cautioned the chief ministers against the pandemic spreading to rural areas, crippled state finances apparently drove the latter to argue for power to classify zones on their own so to provide maximum space for livelihood.Modi underlined the gains of the three phases of the lockdown, saying officials have geographically pin-pointed the spread of the pandemic, besides “understanding the standard procedures right to the district levels”.

“The fight will now be more focused. While economic activities are slowly picking up, the process will further gain pace in the coming days,” Modi said.That the chief ministers sought extension of the lockdown with a well-crafted exit strategy demonstrated their extreme caution, yet concerns of the deepening financial stress indicated their political leanings. There seemed to be a clear divide between the BJP and the Opposition-ruled states as the former sought relaxations and the latter opposed the decision to resume passenger train services. Modi, however, deflected the attack, saying only a few train routes are be opened for now.

West Bengal Chief Minister Mamata Banerjee, sources said, came down heavily against the Centre, alleging political motive behind several Central missives to the state, and even mocking the lockdown, saying it didn’t make sense when the border is opened and trains are allowed to operate. “All states should be given equal importance, and it should be Team India fighting the pandemic,” Banerjee said.

Punjab Chief Minister Captain Amarinder Singh said it was becoming tough to run the state amid the financial stress, arguing for the immediate release of financial assistance.Maharashtra, Haryana, Punjab, Kerala, Gujarat, Uttarakhand and a few more states suggested that public transport within the non-containment zones should be allowed with due precautions, sources added. Rajasthan Chief Minister Ashok Gehlot stressed that the inter-state supply chains must function unhindered, while his Chhattisgarh counterpart Bhupesh Baghel harped on the need for financial assistance.

Stay up to date on all the latest Nation news with The New Indian Express App. Download now
TAGS
lockdown PM videoconference with CMs