The Board had initially announced 30 per cent relaxation in syllabus but recently raised it by another 10 per cent.

Syllabus trimmed by 40 per cent
In view of the closure of educational institutions due to the Covid pandemic in March, the J&K Board of School Education has given 40 per cent relaxation in syllabus to students of class 10th, 11 and 12th in the annual exams. The Board had initially announced 30 per cent relaxation in syllabus but recently raised it by another 10 per cent. “The students shall require to attempt 60 per cent marks only from the given question papers, which shall be treated as equivalent to 100 per cent at the time of evaluation” said an official notification. 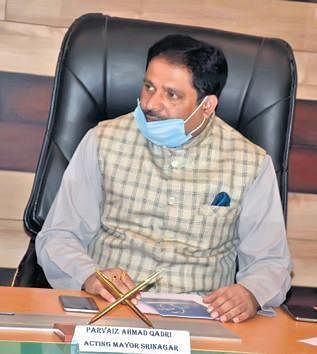 Govt annuls actions under Roshni Act
Jammu and Kashmir administration has decided to annul all actions taken under the Roshni Land Scheme (Roshni Act) and announced that it will cancel all mutations and retrieve all land sanctioned under the scheme within six months. The revenue department shall pass an order declaring all actions taken under the Roshni Act as null and void. All the mutations done under the Act were annulled and the government is working out modalities and plans to evict encroachers and retrieve land within six months. The Roshni Land Act was seen as a revolutionary step with twin objectives of generating resources for financing power projects and conferment of propriety rights to occupants of state land.

No-confidence motion against deputy mayor
A no-confidence motion has been moved against Srinagar Municipal Corporation (SMC) deputy mayor Parvaiz Ahmad Qadri. Two councillors have moved the no-confidence motion against Qadri, who is also acting Srinagar Mayor after the incumbent mayor Junaid Matoo was voted out in a no-confidence motion. The floor test will be held on Monday and it remains to be seen whether Qadri enjoys the support of majority councillors. Qadri, who belongs to the National Conference, had in August survived a similar situation after 44 councillors voted in his favour and 26 against him. Qadri alleged that a few people are trying to keep the SMC in uncertainty and chaos so that their motives are served. “I am sure my fellow coporators will stand by me against their evil design,” he said. The SMC has 74 wards.