The dispute took place between the family a journalist, Shadab Khan, and an ABVP leader, Kartik Shivhare.

Tiff over dog ownership prompts DNA test
A dispute over the ownership of a labrador dog between two neighbours has resulted in the DNA test of the three-year-old canine in Hoshangabad district of Madhya Pradesh. The dispute took place between the family a journalist, Shadab Khan, and an ABVP leader, Kartik Shivhare. While Khan alleged that his missing black labrador, named Coco, has been held captive by Shivhare’s family and is trying to sell off the canine, the journalist’s family claims that it’s their dog — Tiger. After Khan approached the police in the matter, the cops collected the dog’s blood samples for a DNA test to ascertain its owner.

BSP MLA wants to contest on BJP ticket
Firebrand BSP MLA Rambai Thakur has expressed willingness to join the ruling BJP and also contest the next Vidhan Sabha polls on its ticket. Thakur, legislator from Patharia seat of Damoh district, recently said senior MP ministers Bhupendra Singh and Govind Singh Rajput were like her brothers-in-law, while the state’s home minister Narottam Mishra is an “elder brother” to her. “I want to join the BJP and also, contest the next assembly polls on a BJP ticket,” she said recently. Her announcement was welcomed by Union minister and Damoh MP Prahlad Patel. Thakur is among the seven BSP, SP and independent MLAs already backing the Shivraj Singh Chouhan government, which recently attained the majority on its own by winning 19 out of the 28 seats in the Assembly by-polls. 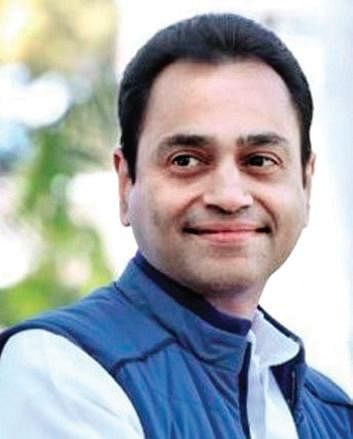 Kamal Nath’s son tests Covid positive
Former CM Kamal Nath’s son and Congress Lok Sabha MP Nakul Nath is the latest politician from Madhya Pradesh to have tested positive for the deadly coronavirus. “I was feeling mild symptoms of Coronavirus infection for the past couple of days. I got myself tested and it came positive. I have isolated myself at home and am resting. I request everyone who came in contact with me recently to get themselves tested,” he tweeted. A host of top politicians in the state have been infected by Covid-19 — from CM Shivraj Singh Chouhan and BJP Rajya Sabha MP Jyotiraditya Scindia to a quarter of the MP cabinet, including the health minister, and a clutch of Congress MLAs.

Green corridor made for airlifting of Covid patient
A 25-km-long green corridor from the Hoshangabad Road to Raja Bhoj Airport in Bhopal was recently created for a Covid-19 patient, who was airlifted to Chennai. The 28-year-old patient, tested positive for the coronavirus three weeks ago, was being treated at a private hospital in Bhopal for Acute Respiratory Distress Syndrome (ARDS). Despite efforts by doctors, the ARDS led to lung failure, necessitating urgent lung transplant in Chennai. The green corridor was subsequently created in Bhopal due to which, the patient reached the Airport in only 24 minutes. Covid-19 surge in Madhya Pradesh continued as for the second consecutive day on Sunday.