The rise in passenger count had made the AAI draw up plans for the expansion of the terminal building and allied infrastructure. 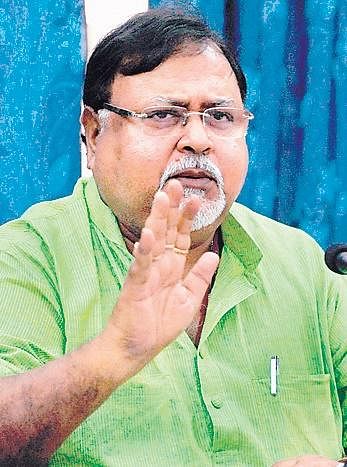 Decision on school reopening after Kali Puja: CM
Chief minister Mamata Banerjee said the West Bengal government would think about reopening schools after Kali Puja, which falls on November 14. ‘’We cannot give a thought now because the situation has not become normal yet. We will think about the schools only after Kali Puja,’’ said Mamata. Kali Puja and Diwali are on the same day this year. The chief minister made the comment about the prospect of reopening schools on Wednesday while announcing that the Integrated Child Development Services centres would remain closed till October 31 due to the ongoing pandemic. The chief minister had earlier said that her government might reopen schools and colleges on alternate days in September “if the situation improves in August’’.

Minister asks firms to ensure power supply for exams
State education minister Partha Chatterjee has asked CESC and the state power utility, WBSEDCL, to ensure uninterrupted power supply during the college and university exams between October 1 and 18. More than 1.1 million undergraduate and postgraduate students will take the final year exams across the state. The exams will not be held on campus because of the Covid-19 pandemic. Questions will be uploaded on the college websites and students will have to mail back scanned copies of answer scripts within half an hour of writing the test in keeping with a UGC advisory. CESC supplies power in Calcutta and neighbouring areas while WBSEDCL supplies power to the rest of Bengal.

Sealdah flyover to remain closed till Friday
The Sealdah flyover on AJC Bose Road will remain shut for three days from October 2. Vehicles headed for the flyover from north will be diverted from Shyambazar, Maniktala and Rajabazar and those coming from south will be diverted from Exide and Moulali intersections. The flyover — one of the major routes for city buses — will remain closed for vehicular movement for the three days to facilitate for construction of a tunnel for the East-West Metro project. The tunnel-boring work for the corridor, which will link Sector V in Salt Lake with Howrah Maidan, resumed in June after remaining suspended for over three months for Covid-19.