In a first, EC appoints transgender woman as presiding officer for Bihar polls

The 32-year-old gold medallist law graduate from Patna University is also the first transgender in the state who has been working with a nationalized bank since 2015.

PATNA: Monika Das became the first transgender woman from Bihar to become the first-ever presiding poll officer for the state assembly elections that are scheduled to begin from October 28.

The 32-year-old gold medallist law graduate from Patna University is also the first transgender in the state who has been working with a nationalized bank since 2015.

With this, Bihar has become the first state in the country to appoint a transperson as the presiding officer to any election. 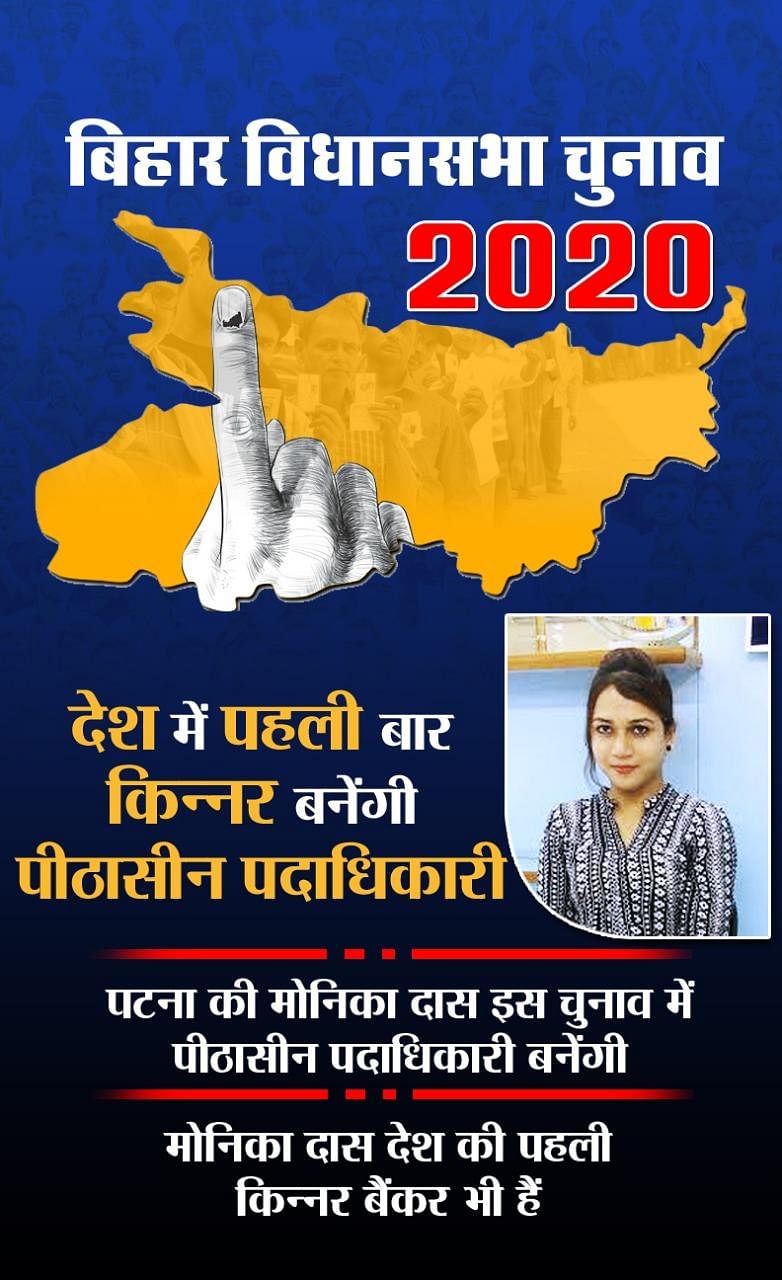 Earlier in 2016, Riya Sarkar, a transgender woman, was appointed as a polling officer in West Bengal in 2016.

The Chief electoral officer of Bihar HR Srinivasa said that Das will be given all the training related to the election duties along with other polling officers in Patna.

In Bihar, as per the electoral roll, there are around 2,344 transgenders eligible to cast their votes in upcoming assembly elections.

Expressing pleasure over the appointment of Monika Das as country’s first transgender poll presiding officer, Reshma Prasad, an expert member of the National Council for Transgender Persons in New Delhi, said that it was a matter of pride for the entire transgender community.

There are around 40000 transgenders in Bihar.