Singer Kalpana Patowary has joined BJP ally Asom Gana Parishad (AGP) which is a constituent of Assam’s three-party coalition government. Soon after she had joined the party, it appointed her as its brand ambassador.

The singer said that she felt people should join politics for the state’s overall development. She observed that the women in Assam lagged way behind in politics compared to their counterparts in other states. AGP president Atul Bora expressed confidence that the party would gain from Kalpana’s entry. Kalpana, who is from Assam, has belted out songs in 30 languages but she’s most famous for Bhojpuri songs. 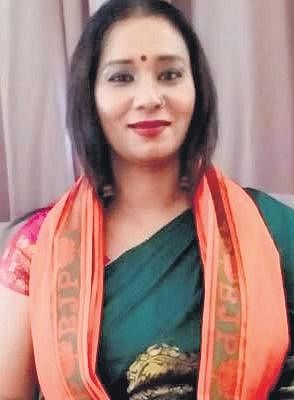 Sahara, a hyper-local tech startup of the students of the Indian Institute of Technology (IIT) Guwahati, has developed a mobile app that lets offline business owners create synergy with customers and potential business partners on a global platform with the power of digitalisation.

With the idea of a one-stop solution for everything that people require – from food to shelter – the project aims to provide services that stand up to international quality standards at fairly low costs.

The features on this app will also guarantee accurate navigating experience, especially to travellers, in the form of local language translation service, security for travellers by assisting in establishing contact with respective traveller’s embassy in case of emergency, emergency and SOS service especially for women, etc.

The Guwahati International Airport is getting a facelift. The Airports Authority of India is constructing the new integrated terminal building at a cost of Rs 1,232 crore. This is the biggest and busiest airport of the Northeast. It handles over six million passengers annually.

The new terminal building will be able to handle around 10 million passengers annually. Equipped with 64 check-in counters, 20 self-check-in kiosks, six baggage carousels, an in-line baggage security screening system and ten aerobridges, the terminal will be an energy-efficient building, the AAI said in a statement. Icarus, the mythological figure, has inspired the design of the terminal building.

“Congress being the largest party, it will play the role of big brother in the grand alliance. Also, someone from the party will be projected as the chief ministerial candidate,” state Congress chief Ripun Bora said. The proposed alliance between Congress and All India United Democratic Front (AIUDF) is expected to thwart the split of anti-BJP votes in the state.

Now we are on Telegram too. Follow us for updates
TAGS
Guwahati Diary