The Assamese villagers showed sensitivity and hospitality to a stranded Spaniard, Mannuel Arribas Rodriguez. He responded by blending in.

GUWAHATI: The saga of emotions at Bokotial the other day was as if the nondescript village were bidding adieu to one of its sons.

The Assamese villagers showed sensitivity and hospitality to a stranded Spaniard, Mannuel Arribas Rodriguez. He responded by blending in. So, when he was leaving the village after spending over seven months there, even the kids broke into tears.

It was during his bicycle tour of nations that the man from Madrid arrived in Assam in February. Mesmerised by the beauty of Bokotial in Sivasagar district and simplicity of locals, he fell in love with the village. He would have left the state by March-end but was stranded in the Covid-19 lockdown.

“He had arrived on February 14 and I met him at Gargaon College (in Sivasagar) the next day. He explored the institute on seeing a crowd of people congregating there at a youth festival. I had sent him an invite to visit our village and he showed up the next day,” said Biswajit Barbaruah at whose house the foreigner had taken refuge in the lockdown. 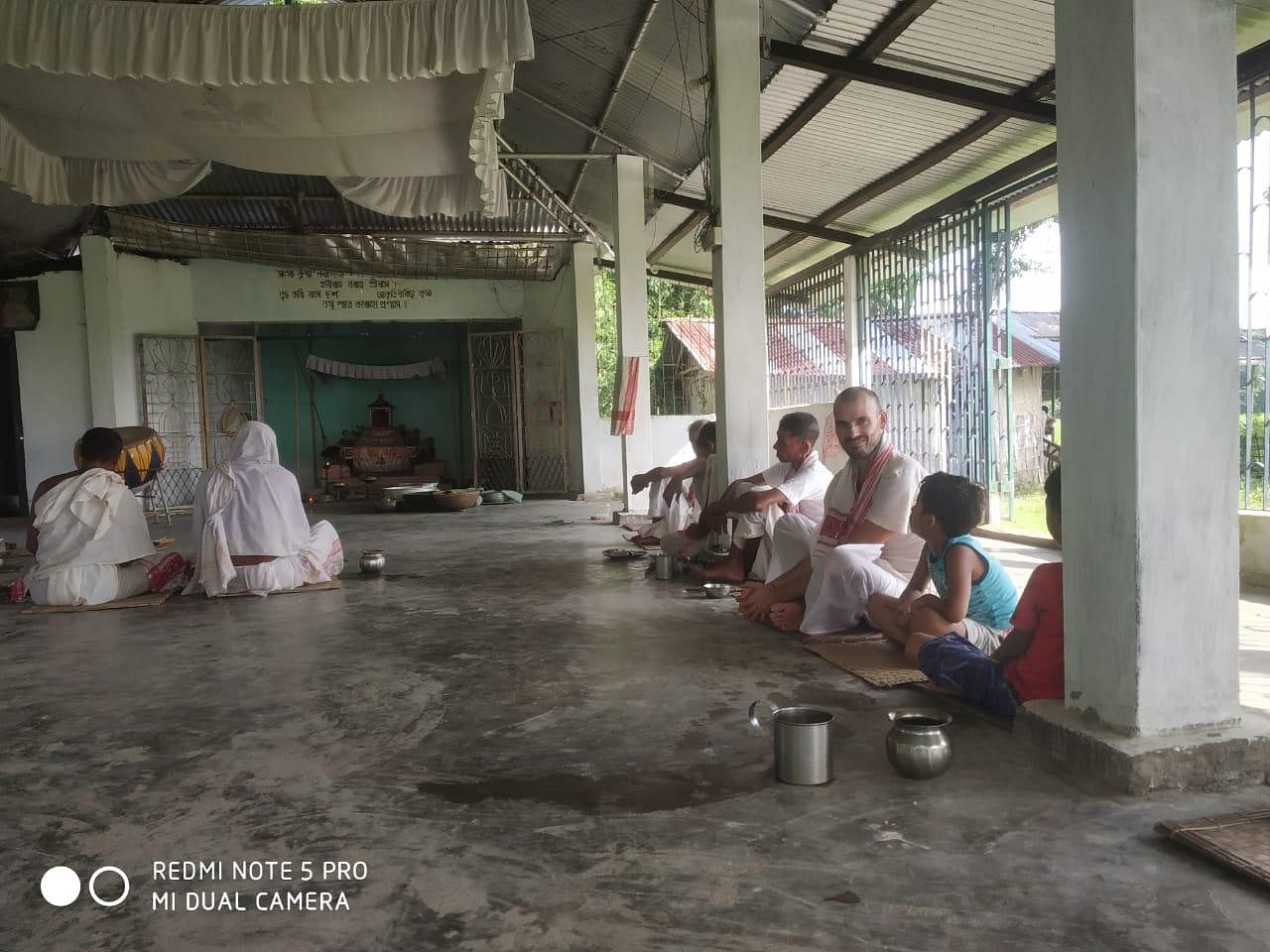 Rodriguez had first landed in Japan and in due course, he visited South Korea, Laos DPR, Vietnam, Thailand and Myanmar before entering India through the border town of Moreh in Manipur. He spent two nights at Kaziranga and the river island of Majuli prior to visiting Sivasagar.

“As he was stranded, the period of his visa was extended by the government. He lived like a local during his stay in the village,” said Madhav Das, an Assistant Tourist Information Officer.

Rodriguez conversed in broken English but soon, he learnt the basic Assamese words and terms.

“I considered him as my brother and he too considered us as his own. Being a fitness enthusiast, he would exercise every morning. He helped us in household chores and even learnt to plough paddy fields,” Barbaruah said. 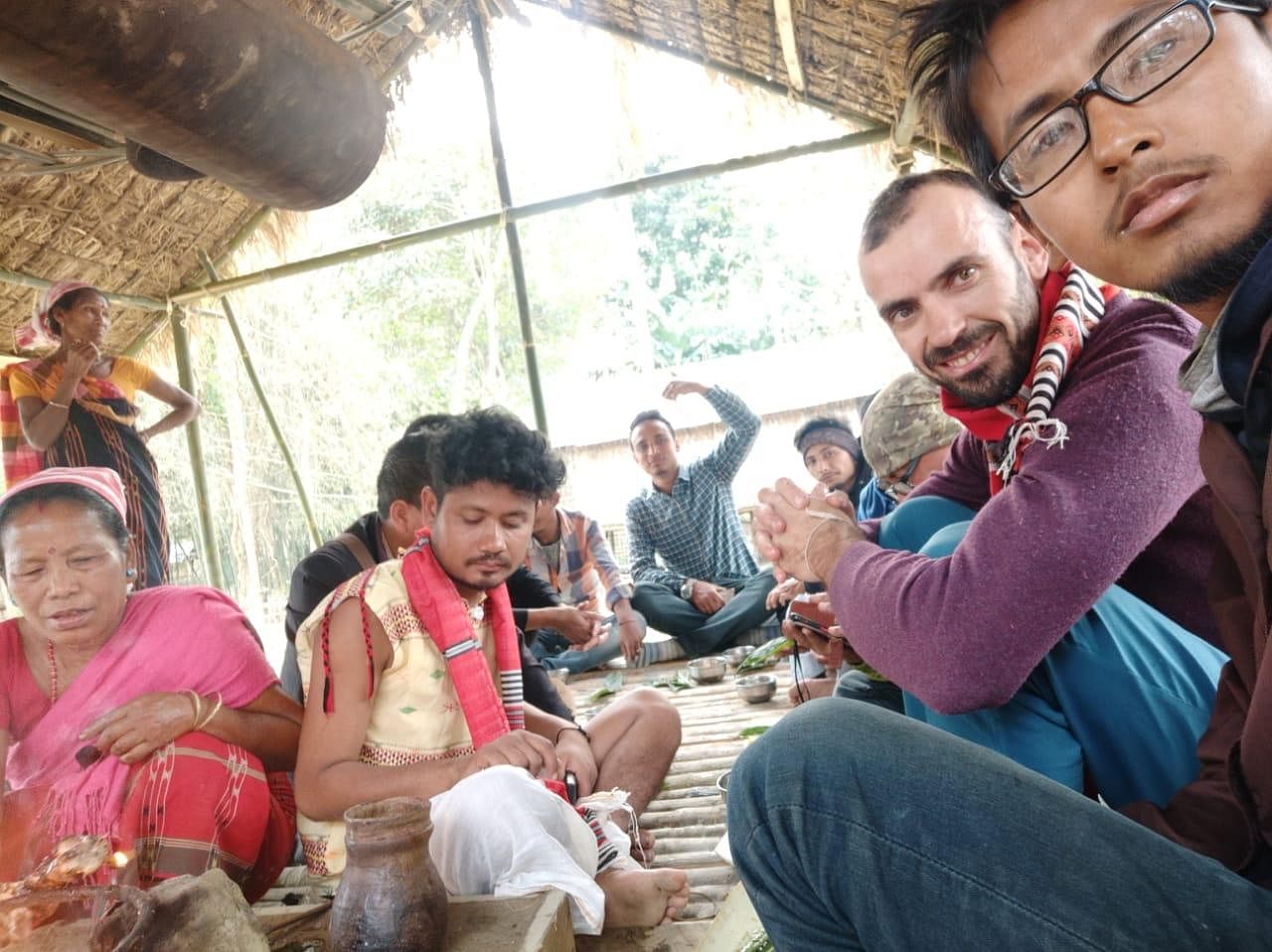 Wearing traditional Assamese attire, Rodriguez often visited a “namghar” (Assamese prayer house) in the village. He would greet people the way the Assamese do it, enquire about their well-being and visit their houses.

“He had blended himself in our village lifestyles. He praised village life, our culture and simplicity. He addressed my parents as “maa” (mother) “deuta” (father). As time passed by, he had picked up a lot of Assamese words and sentences,” the local said.

For ten years, Rodriguez worked as a hotel receptionist in Spain. With whatever little money he could amass, he had embarked on the tour. He left Assam by the Rajdhani Express on Tuesday night and reached New Delhi on Thursday morning. He will catch a flight to Spain on Friday.

“The parting was really painful. We all cried. We hope to see him soon as he has promised to visit us again,” Barbaruah said.

Now we are on Telegram too. Follow us for updates
TAGS
Stranded foreigner Assam Sivasagar district Mannuel Arribas Rodriguez.