For the next year’s Mahakumbh, Uttarakhand forest department has decided to radio collar leopards in selected locations to check human-animal conflict.

Forest staff to radio collar leopards
For the next year’s Mahakumbh, Uttarakhand forest department has decided to radio collar leopards in selected locations to check human-animal conflict. The religious event is expected to witness congregation of over 10 crore people from January to March 2021. “We have written to the MoEFC for permission to radio collar atleast 15 leopards in Rajaji National Park, Dehradun and Haridwar forest divisions,” chief wildlife warden JS Suhag said. Fifteen leopards will be radio collared in the initial phase. Efforts to rope in Wildlife Institute of India are on for the task, said the officials. Leopards are most affected in man-animal conflicts in the state. 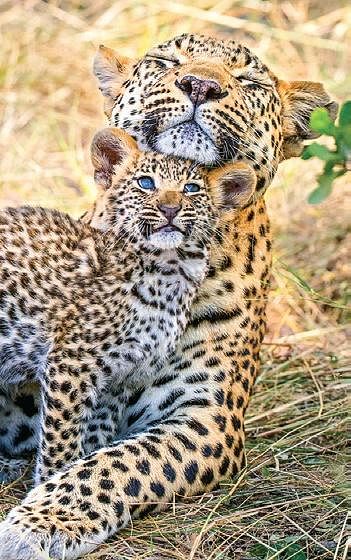 ED takes action on those accused in NH scam
The ED has attached movable and immovable properties worth Rs 11.62 crore belonging to seven accused in the multi-crore National Highway-74 corruption case. The case pertains to alleged irregularities in land acquisition for construction and widening of the 374-km long Haridwar-Bareilly stretch in Uttarakhand. Some beneficiaries are alleged to have sold farmland to receive at least 10 times higher compensation from the NHAI. A majority of these cases were reported from Kashipur, Jaspur, Bajpur, and Sitarganj areas of Udham Singh Nagar district. The ED attached properties of Barinder Singh, Mandeep Singh, Harjinder Singh, Balwant Singh, Ramesh Kumar, Vikramjeet Singh, and their family members.

ITBP team leaves for Gangotri-2 peak
A 53-member ITBP team was flagged off for a mountaineering expedition to scale 21,620-ft-high Gangotri-2 peak in Uttarkashi district earlier this month. Interestingly, the adventure event is the first of ITBP in which female officers and jawans were allowed to join. The 53-member team comprises 11 female officers and jawans. The team will scale the Gangotri-2 peak. The team was flagged off from ITBP’s base of 35th battalion based in Mahidanda area of Uttarkashi. The team was given training of 10 days in Uttarkashi-based Nehru Institute of Mountaineering.

U’khand improves in business ranking
Uttarakhand has improved its ease of doing business ranking from 23rd position in 2015 to 11th in 2019. Chief Minister Trivendra Singh Rawat said Uttarakhand has all the ingredients, including a clean environment, a better law and order situation, a disciplined workforce and absence of labour disputes, which can help the state become an ideal investment destination. The state has vastly improved ease of doing business ranking is a result of positive partnership between the state and the Centre, Rawat said.  Uttarakhand has come up with several plans to help those interested in investment, he added.