While the Chinese side wants to discuss only the situation on the south bank of the Pangong Tso lake for now, India is emphatic that the bilateral talks need to include every stand-off location.

NEW DELHI:  Military-level talks on resolving the stand-off along the Line of Actual Control in Ladakh will not be guided by Chinese priorities, as they cannot be fully trusted, a senior officer said on Thursday. While the Chinese side wants to discuss only the situation on the south bank of the Pangong Tso lake for now, India is emphatic that the bilateral talks need to include every stand-off location so as to arrive at a comprehensive solution.

“China wants that the talks be only on south bank of the Pangong Tso. We want that the talks should be on the entire eastern Ladakh and begin from Depsang. The south bank ought to be the last point of discussion,” the officer said. “The Depsang problem, where Chinese have blocked four patrolling points, is much older than the problem they initiated in May last in the Pangong area. Now that we are talking, we need to include every place,” the officer added. 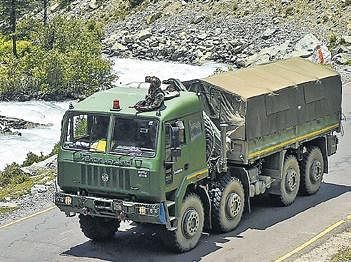 The Chinese are harping on on the south bank because the Indian Army has occupied all the important heights there, including Mukhpari, Rezang La and Reqin La, the officer shared and added that the talks need to include de-escalation of air activity too. “However, the situation doesn’t seem to get resolved soon and we cannot trust them. China also has done all the preparations to stay at the LAC through the entire winter season. We cannot trust China blindly,” the officer said.

Referring to the recent joint statement issued by both sides after the Corps Commander-level meeting, he said: “Issuing a joint statement is good. We want solutions but China should manifest whatever it says on the ground. Till the time Chinese troops don’t go back we will not slacken our positions. Our soldiers are alert and fully prepared,” the officer emphasised. Most of the Indian soldiers on the LAC have been armed with the modern Seg Sauer assault rifles. The soldiers used to have INSAS rifles till now. Clarifying why representatives from the foreign office attended the recent Corps Commanders meeting, the officer said it was to send a clear message that there is no difference in India’s stance at the military and diplomatic levels.

“THE Joint Secretary (East) of Ministry of External Affairs has also been in the WMCC meetings with Chinese Ministry of Foreign Affiars,” the officer said. The Chinese, during the diplomatic talks, have been harping on the solution to be arrived at the military level talks while the military delegation has maintained that they lacked the mandate to take any decision. With the MEA representative part of the commanders’ meeting, this changed.

The senior officer also made it clear that India wants status quo ante as far as LAC position is concerned. The officer said the PLA troops, being the aggressor, have to retreat to the earlier positions first — an issue on which China is playing hardball. He also indicated that it’s a well-orchestrated design on part of China to gradually escalate the matters. China had begun breach of protocols after the Doklam stand-off in June 2017, he said.

As per protocol, the patrolling party must not have more than 15-20 soldiers, but the Chinese patrols started having the strength of 50-100 soldiers. They used to come in large numbers and push our soldiers back and later, they also started carrying batons, the officer said. All this changed after the Galwan incident when the Indian soldiers retaliated to China’s aggression and both sides suffered casualties. The officer said, “Our soldiers have now clear instructions that in extreme cases, they are free to open fire. The Chinese gameplan of coming in large number and pushing with our soldiers back will not work anymore.”