The Special CBI court has tried those who were allegedly involved in the criminal conspiracy leading to the demolition of Babri mosque by frenzied kar sevaks in Ayodhya on December 6, 1992.

The special CBI court will on Wednesday deliver its verdict in the Babri Masjid demolition case, 28 years after the incident.

The court tried those who were allegedly involved in the criminal conspiracy leading to the demolition of Babri mosque by frenzied kar sevaks in Ayodhya on December 6, 1992.

The court also completed all proceedings in the case by recording statements of all 32 accused. Lawyer KK Mishra, who is representing 25 out of the 32 accused in the case, including Advani, Joshi, Kalyan Singh, Uma Bharti, had also confirmed the date set by the court for delivering the verdict.

The Supreme Court had given the CBI court a one-month extension, instructing it to wind up the case by September 30. The earlier deadline for judgment had expired on August 31.

Last year in July, it had extended the deadline for completion of criminal trial by six months and given nine months for delivering the final order. The deadline expired on April 19 and another extension till August 31.

On April 19, 2017, the Supreme Court had ordered the special judge to conduct day-to-day trial, concluding it in two years.

The SC had termed the Allahabad High Court’s February 12, 2001 verdict dropping conspiracy charges against Advani and others as “erroneous”.

Before the 2017 verdict of the apex court, there were two sets of cases relating to the demolition, going on in Lucknow and Rae Bareli.

The first case referred to kar sevaks who were proceeded against in a Lucknow court, while the second set of cases relating to eight VIPs was being heard in a Rae Bareli court.

In April 2017, the Supreme Court transferred the Rae Bareli case to the Special CBI court in Lucknow.

While Advani and Joshi attended court proceeding and recorded statements through video conference, the rest of the accused appeared in Lucknow to record their statements.

Almost all the accused pleaded not guilty and termed it as a conspiracy hatched by their political rivals to frame them in a conspiracy case. 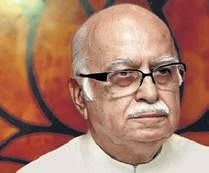 L K Advani. Was only an MP at that time. Gave a speech to kar sevaks before Babri masjid was brought down, earlier in 1990 he had led a rath yatra

Murli Manohar Joshi. Was BJP president when the mosque was demolished; he was also at the site and addressed kar sevaks

Kalyan Singh. Was UP chief minister. Had given Supreme Court an undertaking that he will not allow any damage to the mosque

Uma Bharti. Was at the site on demolition day. Liberhan Commission accused her of inciting the mob; she took moral responsibility for the demolition

Vinay Katiyar, then Bajrang Dal chief. Was BJP MP from Faizabad at the time of demolition in 1992. It is believed the conspiracy to demolish the structure was hatched at his place 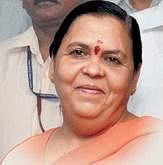 Ram Vilas Vedanti. Ex-BJP MP and Ram Janmabhoomi Nyas member, he claimed to have incited the mob to raze the mosque

Sadhvi Rithambara. Founder-chairperson of Durga Vahini, the women’s wing of VHP; her speeches played a major role in the demolition of the masjid

The story so far

After a Rae Bareli court discharged former BJP chief L K Advani in the plot case in 2003 citing insufficient proof, all other co-accused were absolved by and by.

The Allahabad High Court upheld the orders in 2010. A year later, the CBI approached the SC to revive the conspiracy case. In 2017, SC gave its green light after quashing the HC order