Bungalow for Jyotiraditya Scindia finally in Bhopal
After a wait of almost three years, BJP Rajya Sabha member Jyotiraditya Scindia has finally been allotted government bungalow in Bhopal’s posh Shyamala Hills area. Importantly, Scindia will have among his neighbours two former CMs, including Uma Bharti and his bête noire and present Congress Rajya Sabha member Digvijaya Singh. Scindia had vacated his official bungalow in Delhi in July 2019, after losing the Lok Sabha polls from pocket-borough Guna seat. But within nine months of joining the BJP and scripting the collapse of Kamal Nath, Scindia has finally been allotted a bungalow in Bhopal which is reportedly bigger than those of the two ex-CMs. 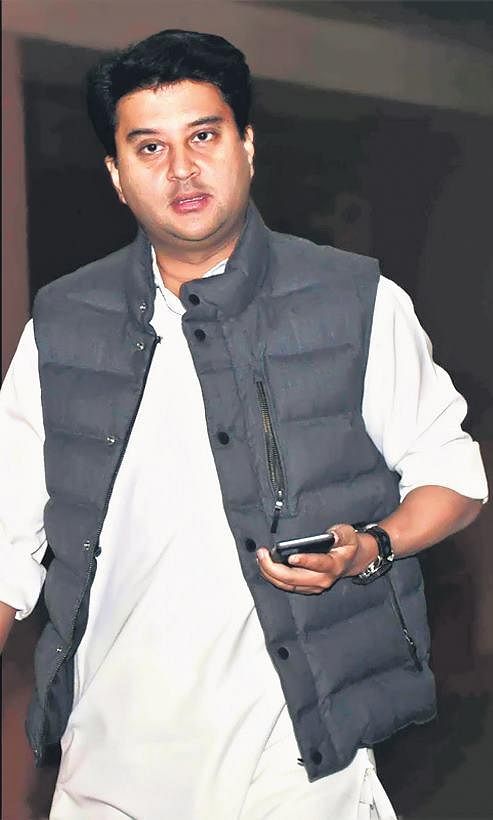 Tehsildar in trouble for not responding to minister
The top two leaders in the BJP government in Madhya Pradesh seem to be matching in each other in making aggressive posturing in public. While Chief Minister Shivraj Singh Chouhan has announced to “bury” mafias 10 feet deep and hanging non-performing officials,  the number two in his government — home minister Narottam Mishra — too has not stopped back from taking strong actions in certain cases. The latest incident happened in Mishra’s native Datia district on Sunday, where he announced the suspension of local tehsildar at a public programme to distribute eligibility slips of government scheme. The revenue department official’s fault was that he failed to appear despite being called
thrice by the home minister.

Class X top ranker turns MLA for a day
Sumit Asati, who was among the top rankers in MP Board of Secondary Examinations 2018 Class X examination, turned MLA for a day in Chhatarpur district recently. The development happened in line with BJP MLA Pradyuman Singh Lodhi’s Republic Day announcement of making top ranker students MLA for a day in the future. On January 29, Sumit boarded the official vehicle of the MLA and attended various public functions in the district as legislator. The teenager also inaugurated an eight-day cricket tournament as chief guest in presence of Lodhi.

Row after cop touches feet of BJP state chief
Khaki touched the feet of Khadi in power in Ujjain on Saturday evening. In an embarrassment to the Madhya Pradesh Police, a video of inspector in-charge Ujjain’s Madhav Nagar police station Dinesh Prajapati in full uniform touching the feet of Khajuraho Lok Sabha member VD Sharma went viral on social media since Sunday morning. The incident took place when Sharma, who is also the BJP state president, had stepped out of his car. Sharing the video on Twitter, Congress leader KK Mishra questioned what can the people expect from such police inspector who is at the feet of the state BJP president particularly when the politician is not even looking at him.