Environmentalists have expressed concern over felling of over 36,000 trees for the Char Dham road project connecting shrines of Badrinath, Kedarnath, Gangotri and Yamunotri.

Char Dham: Environmentalists rue tree felling
Environmentalists have expressed concern over felling of over 36,000 trees for the Char Dham road project connecting shrines of Badrinath, Kedarnath, Gangotri and Yamunotri. Estimated 56,000 trees are needed to be cut for the 889 km road widening project. Residents of the hill areas through which the project passes have made several complaints against the proposal to cut the trees, but so far, they have been disappointed by the inaction of the authorities concerned. Inder Bisht, a resident of Rudraprayag district, who has complained to the authorities, said: “Such a massive scale of rock cutting and tree felling is an invitation to a disaster. We have already witnessed what happened in 2013.” 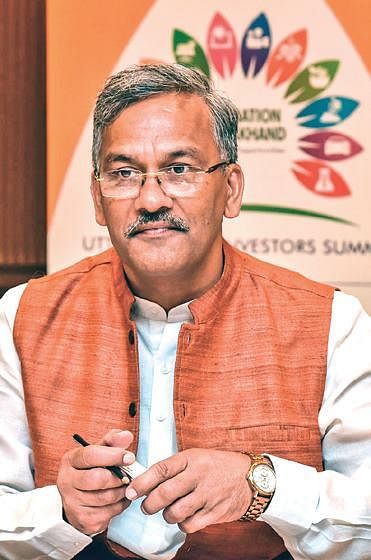 Week-long yoga festival in Rishikesh next month
The Uttarakhand state tourism department will host a week-long International Yoga Festival in Rishikesh next month. The festival, to be held from March 1-7, is expected to witness the participation of top yoga teachers, folk artistes and singers. State Tourism and Culture Minister Satpal Maharaj said: “Plans are to invite yoga acharyas to the International Yoga Festival so that the attendees receive proper education about yoga. An astrology session will also be organised at the festival.” Officials of the department said after reviewing the present Covid-19 scenario, the decision has been made to host the event next month. The festival will also have a workshop to promote Uttarakhand’s products as immunity boosters at the event along with living streaming, webinars and workshops to be facilitated to maximise the reach of the event.

Tourism stakeholders happy after new rules
After the Uttarakhand government’s new guidelines to relax the norms for visiting the hill state, stakeholders from the tourism industry are expecting a boost in the business. Dinesh Chandra Sah, president of Nainital Hotel Association, said: “This will help revive the tourism industry in the state.” From now on, no registration will be required to visit the state and no random sampling tests will be conducted on border, stated the guidelines. Wearing masks, maintaining social distancing and downloading Arogya Setu app is still must.