Though the biting cold is keeping most people indoors, two lawmakers here spent the New Year’s Day with the commoners.

Lawmakers brave cold to serve snacks, tea
Though the biting cold is keeping most people indoors, two lawmakers here spent the New Year’s Day with the commoners. Ex-judge-turned-BJP MP Mahendra Solanki, who was seen travelling in an auto-rickshaw to meet party workers a few days ago, was seen wishing New Year to a party worker in Dewas town by frying and selling snacks at the latter’s shop. Hundreds of kilometres away, in Gwalior’s Dabra town, newly elected Congress MLA Suresh Raje was spotted wishing New Year to daily-wage labourers by serving them tea. 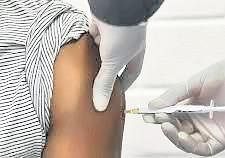 Mobile game addiction claims lives of two kids
Two boys who were allegedly addicted to mobile gaming died in Sagar district recently. On January 4, a 12-year-old boy allegedly killed himself after his father took away his phone as he was hooked to playing a game named Free Fire in Dhana village. Grieving the loss of his son, who was a Class IV student, the father appealed to people not to allow kids to play such games. Three days later, on January 7, a 16-year-old boy who was addicted to mobile game was found dead in his native Chandpur village. The police suspect that the teenager accidently fell from a height while he was immersed in the game. The craze for online games has spiked in the recent days, with freak mishaps being attributed to it, too.

Transgenders donate Rs 5.51L for Ram Temple
While the Ayodhya Ram Temple fundraiser processions were marred with communal clashes in several parts of the State, the transgender community in Vidisha chipped in its bit, stating that they could make a living only due to Lord Ram’s blessings. The community, represented by its leader Ratna, donated a cheque for Rs 5.51 lakh to the functionaries of VHP and RSS at Vidisha’s Ganj Basoda. “Whatever we earn is due to the blessings of Lord Ram. Now, it is our turn to contribute what we can afford for the construction of the Ayodhya temple,” Ratna and her associate Ruchi said.

Health worker raises concerns over vaccine efficacy
Doctors and health workers will be the first to get Covid vaccines, which have been cleared for emergency use across the country from next week. However, a woman health worker, who was called to be part of the planned vaccination dry run in Jabalpur on Friday, made it clear that she would not take the shots until detailed studies on its safety are out. Despite being told by on-duty doctors and officials that it was just a dry run (mock drill) of the actual vaccination, the woman health worker walked out of the exercise raising safety concerns. The officials tried to play down the incident, saying the dry run was organised to get feedback from people on the planned vaccination drive.