Contrary to the perception, the recently held 33rd Guwahati Book Fair was a major success.

Books worth Rs 10 crore sold during book fair in city

Contrary to the perception, the recently held 33rd Guwahati Book Fair was a major success. Not only did it record a footfall of lakhs of people, books worth Rs 10 crore were also sold at the 12-day event organised by the Publication Board Assam at the Assam Engineering Institute playground.

On the last day on January 10, several book lovers came from different parts of the state. “The response we received was unbelievable. Not only books worth `10 crore were sold but a lot of people turned up,” said Pramod Kalita of the Board. 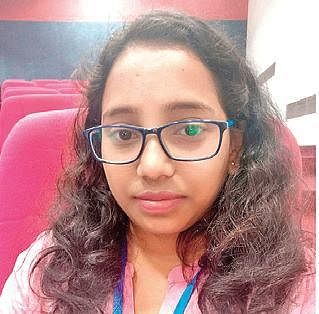 He urged all commuters to take adequate care of these buses. Lauding the role played by the Assam State Transport Corporation (ASTC), he said the bus service would give a new dimension to the state government’s welfare measures in the new year. He further said during the pandemic, the ASTC buses had transported essential items, medicines, vegetables, fruits etc. within the Northeast and to other parts of the country.

Two IIT- Guwahati research scholars -- Mitali Basak and Shirsendu Mitra -- have been warded entry to the global Charm Health Innovation Challenge. The duo teamed up and submitted an idea of a bench-top digital setup to record initial screening parameters like body temperature, pulse rate, eye and tongue analysis of a patient remotely.

The device developed by them is capable of doing primary health check-up. The winners of the challenge will be decided after submission of a prototype.

BJP national president ruffled the feathers of many in Assam with a statement that he made while flagging off the party’s Assam poll campaign recently. He said the BJP government had granted Scheduled Tribe (ST) status to six communities of the state without snatching the rights of existing ST communities.

The fact remains that the six communities in question have not yet been granted ST status. Opposition Congress slammed Nadda and the BJP for spreading “misinformation and lies”. The BJP president had made the remark in Silchar in front of CM Sonowal. The statement made the six communities to step up the demand.

Our correspondent in Guwahati prasantamazumdar@newindianexpress.com

Now we are on Telegram too. Follow us for updates
TAGS
Guwahati Diary