The prime minister also noted the diversity in the fields in which awards have been given this year.

NEW DELHI: Prime Minister Narendra Modi on Monday interacted with Pradhan Mantri Rashtriya Bal Puraskar (PMRBP) awardees during which he asked them to take pledge for the country, consistency and humility.

“This year’s awards are special as the recipient earned them in the difficult times of Corona,” said the prime minister, while acknowledging the role of children in behavior change campaigns like swachchta movement.

The prime minister also noted the diversity in the fields in which awards have been given this year.

“When a small idea is supported by the right action, results are impressive. The children should believe in action as this interplay of ideas and action will trigger many actions inspiring people for greater things. The children should not to rest on their laurels and they should  continue to strive for better results in their lives,” he said through video-conference.

The prime minister asked the children to keep three pledges in their mind.

“First, pledge of consistency. There should not be any slackening of speed of the action. Second, pledge for the country. If we work for the country and treat every work in terms of the country, than that work will become greater than the self. Thirdly, you should take the pledge of humility. Every success should spur us to be more polite as humility will enable others to celebrate our success with us,” he said. 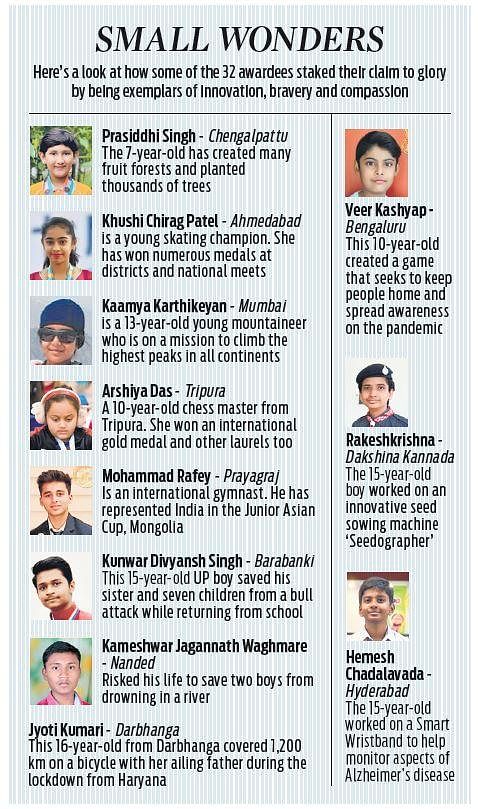