KOLKATA: RJD leader Tejashwi Yadav met West Bengal Chief Minister Mamata Banerjee on Monday and announced his full support to her party in the upcoming assembly elections. The RJD will contest in a few seats, three to four, as an ally of the ruling Trinamool Congress.

“Many people from Bihar live in West Bengal. I appeal to all from Bihar to support Mamata ji,” said Yadav, Welcoming Yadav’s announcement, Mamata said, “The BJP used all kinds of tricks to stop him (Yadav) from wining the Bihar elections.” 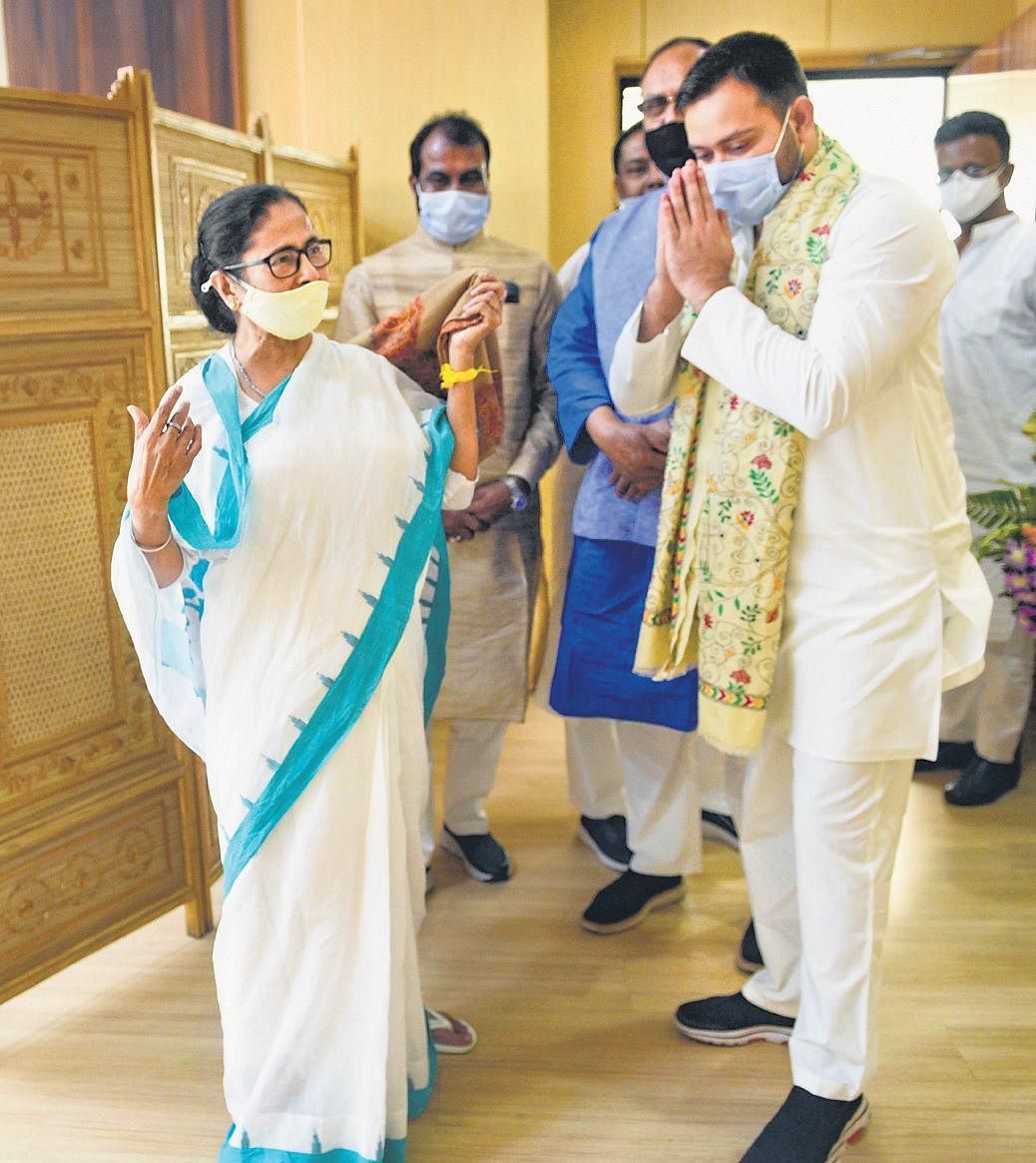 Non-Bengali people living in West Bengal have a stake of around 6 per cent in the state’s total electorate. In many pockets people migrated from Bihar have a strong presence, constituting 12 per cent to 14 per cent of total electorate.RJD’s decision is said to be significant at a time when the state is likely to witness a tooth and nail battle.

“A considerable chunk of 6 per cent non-Bengali electorate is from Bihar. Considering the BJP’s performance in the 2019 polls, we are ahead by only 3 per cent votes. The non-Bengali voters might prove a deciding factor in some of the constituencies. The move will definitely secure us electoral dividend to some extent,” said a TMC leader.

Now we are on Telegram too. Follow us for updates
TAGS
Tejashwi Yadav