A bench of Justices Sanjay Kishan Kaul and R S Reddy allowed the former Mumbai top cop to withdraw his plea and approach Bombay HC with his grievances. 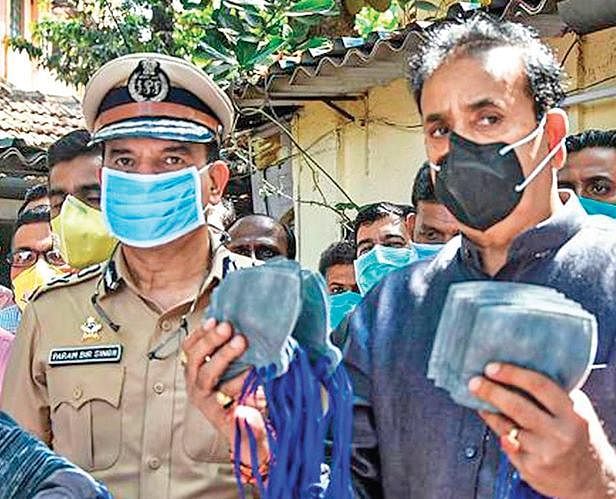 A bench headed by Justices Sanjay Kishan Kaul and R Subhash Reddy agreed that the contentions raised in Singh’s plea are serious in nature and affect the public at large. “We have no doubt that the matter is quite serious and affects the administration at large,” the bench said, but added that the high court was the appropriate forum to file such a petition. The court gave Singh the liberty to move a fresh plea before the Bombay High Court.

The court further observed that a “lot of material which has come in public domain is a consequence of the personas falling out”. During the hearing, senior advocate Mukul Rohatgi, appearing for Singh, referred to the Supreme Court verdict in Prakash Singh case which dealt with police reforms. To this, the bench said, “This is only a mantra recited periodically, wherever the occasion so suits, and there has been no seriousness by all concerned to ever implement the directions enshrined in the judgment.

These directions were based on the principle of insulating police machinery from political/executive interference to make it more efficient and to strengthen the rule of law. It appears that none want to give up, inter alia, the control of police transfers or implement measures that would insulate the police machinery from performing its role without any uncalled for interference.” During the hearing, the court observed that the parties in the matter were “hunky-dory” for a long time and now, since they have fallen out, “he is making some allegation, the minister is also making some allegation”.

NIA invokes UAPA against Sachin Waze
The NIA on Wednesday said it has invoked provisions of the Unlawful Activities (Prevention) Act in the Antilia explosives scare case, in which suspended police officer Sachin Waze is an accused. A Thane court directed the ATS to stop its probe into the death of businessman Mansukh Hiren and hand over case records to the NIA immediately.

Now we are on Telegram too. Follow us for updates
TAGS
Mumbai police chief Param Bir Singh Anil Deshmuh