Districts with over 10 per cent positivity rate should remain under lockdown: ICMR

ICMR chief Balram Bhargava did not criticise the Modi government but conceded that there had been a delay in responding to the crisis.

NEW DELHI: Lockdown restrictions should remain in place in all districts where the rate of infection is above 10% of those tested, said Balram Bhargava, head of the Indian Council of Medical Research (ICMR).

“The high positivity districts should remain (shut). If they come to 5% from 10% (positivity rate) we can open them, but that has to happen. That won’t happen in six-eight weeks, clearly,” Bhargava said in an interview to Reuters.

Bhargava did not criticise the Modi government but conceded that there had been a delay in responding to the crisis.

“I think the only discontent we have was there was a slight delay accepting the 10% (recommendation), but that did happen,” he said.

The majority of states in the country is under lockdown for the past few weeks.

On if the mass gatherings and political events could be held responsible for the Covid surge, Bhargava denied there was any discontent within the ICMR and added the agency was on the same page with policymakers. 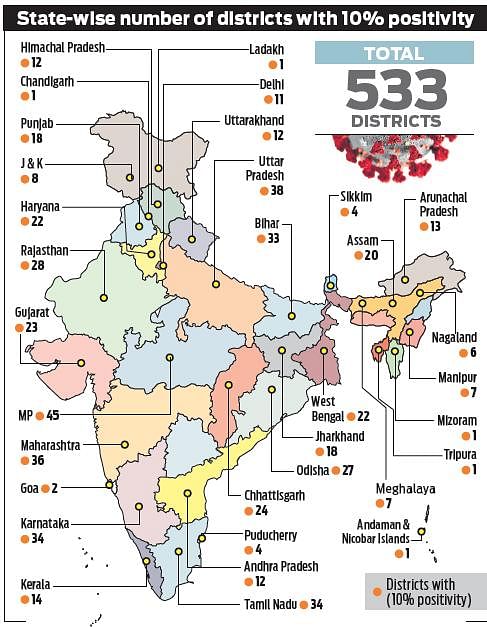 Now we are on Telegram too. Follow us for updates
TAGS
ICMR Balram Bhargava Indian Council of Medical Research Coronavirus COVID-19 India Lockdown