Despite Kerala’s 100 per cent bank coverage, no daily-wager will take a cheque

Close to a month has passed since the great demonetisation -- which I shall abbreviate to demone for brevity -- and the results in Kerala are a mixed bag.

Close to a month has passed since the great demonetisation -- which I shall abbreviate to demone for brevity -- and the results in Kerala are a mixed bag. Just as most Indians have done, Keralites too understand their daily life as falling under two heads: Before Demonetisation and After Demonetisation. So life is now, by and large, BD and AD. 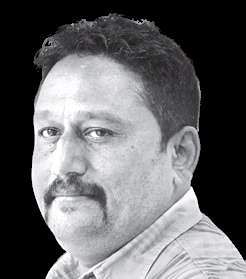 For a State that’s always taken pride in being a consumer State, the pain of transition to a less cash environment is no more pronounced than say in a State known for its manufacturing prowess. But by definition it should be relatively easier for Kerala to undergo the eventual makeover to a cashless society, given its claim that the entire State is one big continuum of city-towns with 100 per cent bank penetration as of 2014. In June 2016, Kerala had 6213 bank branches and 9,063 ATMs. And, to top it, Kerala claimed itself to be a 100 per cent digital State earlier this year.

But the reality, reinforced by a variety of factors, is that Kerala too is as perplexed by this out-of-the-blue demand by the Prime Minister to eschew a cash-centric economy. The tell-tale signs of resistance, not all of them knee-jerk, are there for all to see. Tourism, the single largest industry in Kerala, with over Rs 26,000 crore revenue in 2015, has already taken a 20 per cent hit. The plantation sector, driven by 10 lakh rubber growers, is gasping for liquidity. Sales of gold jewellery have seen a 15 per cent dip. Tax collections, the State’s finance minister says, are down 40 per cent in the last six months.
Surely, demonetisation is already making matters worse. Peculiar to Kerala, a bulk of the pensioners depend on State treasuries and not banks to keep their accounts, giving another dimension to the withdrawal limitation in banks. Add to this, the freeze, though temporary, on withdrawal of deposits in cooperative banks, and the cup of woe is indeed running over.

Ideally, NRK remittances which account for almost Rs 85,000 crore a year or 36 per cent of the State’s GDP by way of revenue (on June 2016 the non-resident deposits in Kerala aggregated Rs 1.43 lakh crore) should remain unaffected as there are no curbs on deposits, only on withdrawals. As is the case with about Rs 24,000 crore a year that the 30 lakh migrant labour population takes home from Kerala. There is no denying the reality that a good percentage of this money movement, both inflow and outflow, is through the hawala route. More so regarding money that is being generated and repatriated by migrant labour, most of them not having any local bank accounts.

The flip side, of course, is that it is quite impractical for daily wage earners to receive their payment in any way other than cash. Though some effort is now being made to pay weekly wage earners through banks, it’s an uphill task in the absence of bank accounts. The past two weeks have witnessed many banks initiate drives to get migrant workers to start bank accounts. However, in Ernakulam district, out of a population of 9 lakh migrants, only 9,000 accounts were opened. Those unhappy with this changeover are seen thronging railway stations to head back home, especially from centres like Perumbavur, part of the same Ernakulam district that claimed 100 per cent banking status as long back as 2012.
Sure, it can be claimed that Keralites have embraced frugality, as their natural style of splurging has taken a knock with the big notes being sucked out of circulation. At the same time, movie halls and, to some extent, restaurants have not taken a big hit, at least in the big cities where the preferred payment mode always was cashless. The story is different in the smaller towns and the villages though.

Liquor sales that fetched Rs 11,577 crore in 2015-16 are now taking a hit of Rs 5 crore a day. Around 32.9 lakh people of the 3.34 crore population in the State consume liquor - 29.8 lakh men and 3.1 lakh women.
Considering all this, one can’t say for sure that Kerala has any significant advantage over other states in completing what’s now become a race to transform themselves into a cashless economy. Because, the unorganised sector, though not as big as in some other states, still runs on cash. Try giving a cheque to a daily-wage earner, whose lifeline for the next 24 hours is that payment, and see the results. In fact, the painting is pretty much there on the wall, for all to see. Such payments can only be through cash.
The net result: the average spend has taken a body blow. And that surely is not good news for an economy whose major driver is the consumer.

Tailpiece: Last heard, the Kerala High Court registrar-general, reiterating a decision taken by the judges committee, has come out with guidelines for court reporting: only those with a degree in law and five years in court reporting will be given accreditation. Fears are now rife within the tribe that reporters covering health will now be offered accreditation only if they have a degree in medicine and surgery. Ah…so, is this embedded journalism of a different kind?