Effect of climate change on Chennai

Climate change is real— irrespective of what some are trying to get people to believe! There is a certain point where we tip the earth out of its balance and it goes out of sync with nature. Yoga is the practice of maintaining an inner balance with consciousness. Similarly, it is imperative that humanity takes the balance of our planet seriously. Given the congestion problems and migration rates into our cities, it is indeed hard to maintain the subtle balance between development and the environment.

Research from the Environmental Protective Agency (USA) states that — “Global climate change will affect people and the environment in many ways.” As of October 2016, 192 members of the UN Framework Convention on Climate Change signed the world’s first comprehensive climate agreement dealing with mitigation of greenhouse gas emissions, of which 94 including India have endorsed it. 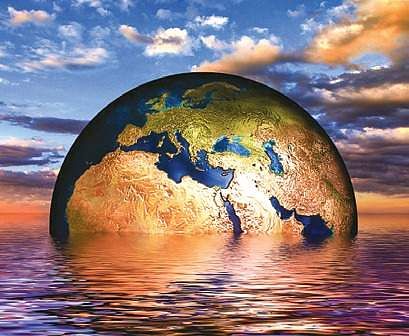 Impacts like stronger hurricanes and severe heat waves are nowadays life threatening, but others like spreading weeds seem less serious. Some effects like longer growing seasons for crops, might even be good! However, as the Earth keeps getting warmer, the balance tips towards the negative effects over the positive ones.

Like the many ‘Koshas’ surrounding our physical bodies, I believe there are many layers to the environment that need to be in balance to effectively stabilize climate change. These include Agriculture, Energy, Water Supply, Health, Plants, Animals, Ecosystems, Forests, Recreation and Coastal Areas. Today, I wanted to focus on the effect of climate change in coastal areas.

Many research studies show that we will lose considerable landmass along the coasts if we do not address climate change. Cities like Chennai and Mumbai are especially at risk. Continuing to pollute as usual will be careless and courting huge natural disasters!

As the Earth heats up, sea levels rise because warmer water takes up more space than colder water. This process is known as thermal expansion. Melting glaciers and ice sheets worsen the problem by adding even more water into the oceans. Rising seas will result in salt water entering bodies of fresh water. Hundreds of millions of people around the world live in coastal lowlying areas could easily be flooded. Sea Level Rise (SLR) will also erode beaches and damage many coastal wetlands. Stronger storms are caused due to warmer oceans and these could completely wipe out beaches and islands.

Limiting global temperature rise to 2C could still lock in up to six metres of global SLR by 2200! This means over quarter of the populations of major Asian cities like Shanghai, Hong Kong, Mumbai and Chennai could be well below the water line! Coastal cities must be prepared for the effects of SLR due to climate change. We need to protect or restore natural shoreline buffers like sand dunes and wetlands, improve storm drainage systems and build protective barriers as necessary.

The more we learn about how climate change will affect people and the environment, the more we can see why people need to take action to reduce the greenhouse gas emissions that is the root cause. Let Chennai be forewarned to stay forearmed!