It’s your turn to take part and conserve

In the last 100 years, surface temperatures in India have increased by 0.4°C (degrees centigrade), and if left unchecked by our irresponsible and uncontrolled activities, temperatures would rise more. According to India’s National Action Plan on Climate Change (IPCC), the temperature increase by 2099 may range from 1.1 to 6.4°C! This will progressively ratchet up severe climatic upheavals, loss of land mass, irreversible bio-diversity changes, incalculable human and economic loss. 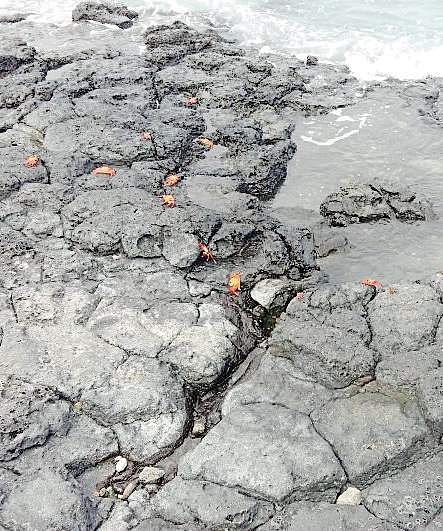 Biodiversity reflects the number, variety and variability of living organisms. It includes diversity within species, between species, and among ecosystems. The language of the agreement at the 21st Conference of the Parties of the United Nations Framework Convention on Climate Change in Paris was negotiated by representatives of 195 countries and adopted by consensus on 12 December 2015. Each country agreed to make political, social, economic and environmental changes whereby they would collectively hold the increase in the global average temperature to well below 2°C to significantly reduce the risks and impacts of climate change. Even if all the countries and their governments were to hold this promise to future generations, 20-30% of species are likely to be at increased risk of extinction!

Global warming does not only make vegetation “gasp for air” but also leads to animal habitat loss. Many species may be seriously affected by the spread of viruses and bacteria, which normally thrive in warmer conditions. In 2004, The International Union for Conservation of Nature and Natural Resources (IUCN) and Wildlife Institute of India (WII) identified 10 “critically endangered” species of animals, birds and fish that are endemic to India or life forms unique to India. They are followed by 42 entries in the “Endangered” list that includes the Dhole, Ganges River Dolphin, Indian Elephant, Tiger, Lion and Rhino! The early victims of unmitigated climate warming will be these endangered species. So, does it really matter if many species go extinct? A diversity of species increases the ability of ecosystems to do things like hold soils together, maintain soil fertility, deliver clean water to streams and rivers, cycle nutrients, pollinate plants (including crops), and buffer against pests and diseases — these are sometimes called ‘ecosystem functions’ or ‘ecosystem services’. A loss of species could reduce this ability, particularly if environmental conditions are changing rapidly at the same time.

Galapagos is a spectacular group of islands in the Pacific Ocean, off the South American continent. Sometime ago crabs on those islands were severely threatened by human exploitation for their tasty meat. This invasive human intervention affected the food chain of the fish, penguins and sea lions. The Ecuador government enacted a law whereby eating this crab would be punishable with fines and imprisonment. The citizens stopped eating and fully participated in the conservation efforts! In a few years, the crab population rebounded and tourists now throng to watch wild life at close quarters. Sustainability is about sensitive economics!

Across the spectrum most studies show an unequivocal positive impact of conservation. Be the change and become a warrior against climate change. You will be called!