Youngsters can be convinced to do anything. But a group that motivates the elderly has something special going for it, wrote Graeme Wood. Which organisation was the Yale academic talking about?

Youngsters can be convinced to do anything. But a group that motivates the elderly has something special going for it, wrote Graeme Wood. Which organisation was the Yale academic talking about? 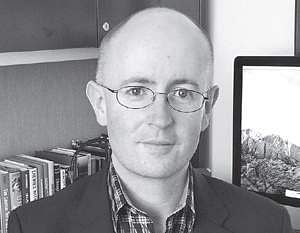 Westminster attack
A man mowed down pedestrians and stabbed a policeman in a deadly assault outside Britain’s parliament on March 22. Khalid Masood, 52, in his last text message, had said he was waging jihad to protest against Western military action in Muslim countries

Islamic State’s old soldier
The IS claimed the 52-year-old was its “soldier” and said Masood was “executing the operation in response to calls to target citizens of coalition nations”. And contrary to popular perception, the IS doesn’t claim every attack

The age of miracles
Youngsters, usually those in their 20s and 30s, are usually drawn to terror groups. But as Masood’s example indicates, things have changed with the advent of the Islamic State

The IS has produced “not only the youngest suicide bombers in history, but now also the oldest”, wrote John Horgan and others in a recent paper. They found that 27 ‘martyrs’, aged over 60, were eulogised by the IS from Aug. 2016 to Mar. 2017. They speculate the IS has started using older people due to a shortage of younger suicide bombers; over 2,000 jihadists have been killed in Mosul alone