A hot exchange during the Cold War

A Kremlin spokesman recently claimed that relations between the US and Russia might be more tense than they were during the Cold War. He might have been exaggerating

A Kremlin spokesman recently claimed that relations between the US and Russia might be more tense than they were during the Cold War. He might have been exaggerating

US-Soviet summit collapses
On this day in 1960, a harsh exchange between US President Dwight Eisenhower
and Soviet leader Nikita Khrushchev doomed a much-heralded summit conference in Paris. The long-awaited summit collapsed just a few hours after it started 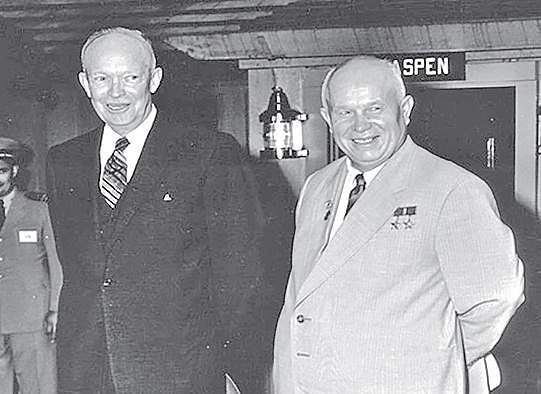 Was it a spy plane?
The incident occurred after the USSR downed an American plane inside Soviet territory on May 1, 1960. The US publicly denied that the aircraft was being used for espionage and claimed the plane was an unarmed weather research plane

America caught lying
It was a research plane, but weather was not its concern; it was built to spy on the Soviet military, journalist Walter Cronkite was quoted as saying by NPR. Not realising the pilot of the CIA spy plane had been captured, the US persisted with the lie. The Soviets then triumphantly produced the pilot who had told them he was working for the CIA. The US was forced to admit the plane had indeed been spying on the USSR

The meeting lasted just over three hours. Observers say Eisenhower and Khrushchev never shook hands when they met inside the Elysee Palace … Like a chess master, the Soviet leader had lured his opponent into position and then sprung his trap