Buried deep inside a mountain in the Arctic circle, is the world’s largest seed storage unit. But the ‘doomsday vault’ is facing a new threat—climate change

Buried deep inside a mountain in the Arctic circle, is the world’s largest seed storage unit. But the ‘doomsday vault’ is facing a new threat—climate change

Threat from climate change
The Svalbard Global Seed Vault, owned by the Norwegian government, is the largest of its kind and can store up to 2.5 billion seeds, according to AFP. The vault, which opened in 2008, was constructed to protect the seeds and help humanity survive in the event of a catastrophe 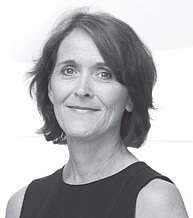 Frozen
Freezing temperatures inside the vault keep the seeds, sealed in packages and stored on shelves, usable for a long period of time. Permafrost (frozen ground) and thick rock should guarantee the seeds are frozen and secured for centuries. But that was not the case

Tunnel flooded
In October 2016, the permafrost melted and caused water to leak about 15 metres into the entrance of a tunnel inside a vault. Fortunately, the water froze and did not reach the seeds. But the episode has raised questions about the safety of the vault itself

One more shield
So the vault is now getting a waterproof wall inside for additional protection, a Norwegian government spokeswoman told AFP

Currently, the vault holds more than 8,80,000 seed samples from nearly every country in the world, including food staples