Mussolini and a Pope 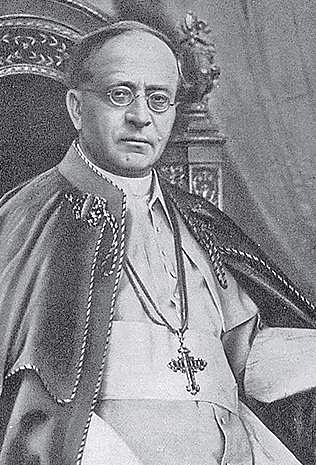 Unholy alliance
After the fascist leader Mussolini took charge, the two men started to depend on each other. The dictator relied on the Pope to ensure Catholic support for his regime, providing much-needed moral legitimacy, writes David Kertzer in his book The Pope and Mussolini. The Pope counted on Mussolini to help him restore the Church’s power in Italy, Kertzer adds

Priest-eater
Mussolini was known in his youth as mangiaprete (priest-eater). Fascist squads were also beating up priests and Catholic youth. So naturally, when Mussolini came to power, the papacy was not happy. But Mussolini wanted to use the church to legitimise his power and so started wooing the clergy by funding churches. Although Pius and Mussolini met only once, they communicated continuously through ambassadors

For example, Pius was not happy about women dressing inadequately—particularly backless ballgowns. In 1930, the Vatican banned a book on sexuality. Later, Mussolini also outlawed the book. But Mussolini was creating an empire of his own. In 1938, he made more than 2000 priests lay wreaths on a fascist shrine. And they had to salute Mussolini

Too late
The Pope was not amused. Eventually he realised his error. He had written a speech denouncing the fascists, but passed away in 1939 before delivering it. His successor destroyed the notes and ensured the unholy and uneasy alliance continued